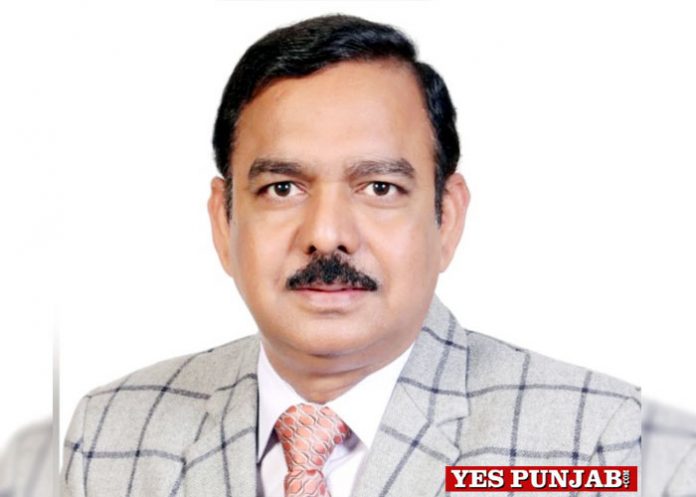 Patiala, April 10,2021 (Yes Punjab News)
PSPCL CMD Shri A. Venu Prasad disclosed that during financial year 2020-21, Punjab State Power Corporation Limited has collected around Rs.19630 crores digitally from 143 Lakh digital transactions. Due to a number of easy to use digital platforms offered by PSPCL, more than 75% collection is being received digitally now-a-days.

He said PSPCL is in the toppers’ list in digital collection segment, which speaks volumes about the PSPCL’s commitment towards consumers in offering Punjab of the art easy to use digital touchpoints.

While giving details about e-payment history,CMD said that the digital payment facility was started in the year 2008 in Punjab for electricity bills. During 2017, Punjab envisioned the digital evolution for the ease of the citizens of the state and started the facilities of electricity bill payments through enhanced, innovative & citizens friendly digital modes in a big way.

Every stratum of citizens have shown remarkable enthusiasm and consumers are now free from long queues at cash counters. Citizens are saving huge direct and indirect costs, which were earlier being incurred in offline modes.

Such an attainment is a matter of proud for the state, when Punjab is usually considered a farming economy.

He said that PSPCL has introduced and implemented a number of new age innovative ideas to meet citizens requirement and brought perceptible improvements in systems and has made public service delivery system responsive and transparent by leveraging technology.

CMD concluded that the state of the art efficient citizen centric digital system services aims to enhance “ease of doing” for the public and PSPCL is determined to introduce more innovative features of bill payments and will come out with new initiatives in future too.