Home National Protesters slash arm to write ‘No NRC, No CAA’ with blood 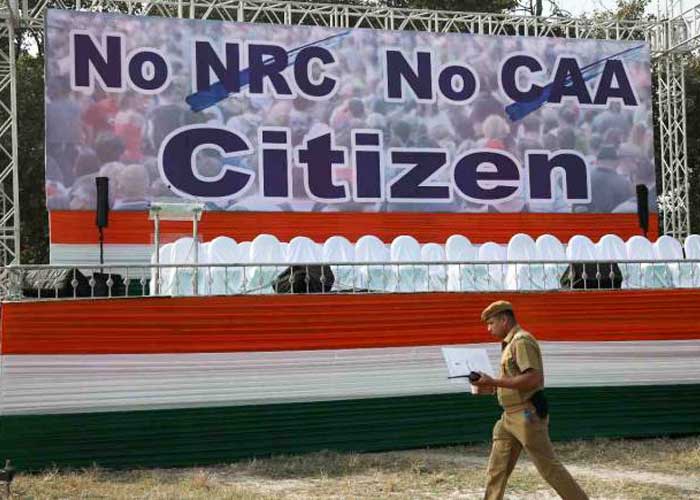 In a symbolic protest, a group of youth slashed their arms with blade and wrote with blood posters that read ‘No NRC, No CAA’ in Chakdaha in West Bengal’s Nadia district on Tuesday.

The group of 10 youth were part of a nearly 1,000-strong procession that went through different areas of Chakdaha town protesting against the Citizenship (Amendment) Act (CAA) and the proposed National Register of Citizens (NRC).

The youth, carrying the tricolour and painting their faces with the colours of the national flag, protested donning the posters on their vests at the base of the statue of noted Bengali writer Bankim Chandra Chatterjee, the composer of the national song ‘Vandemataram’.

Calling themselves ‘apolitical’, they attacked the BJP-led NDA dispensation at the Centre, calling it communal

“The present communal ruling dispensation at the Centre is tearing up the country. It is destroying India’s sovereignty and democracy. Our protest is against this destruction,” said Soumitra Bhattacharya, one of the protesters.

“We decided to slash our arms and write the posters with our blood as blood has no caste or religion, nor does it require any citizenship document,” he said.  (Agency)