Home National Priyanka performs house-warming of her cottage in Shimla 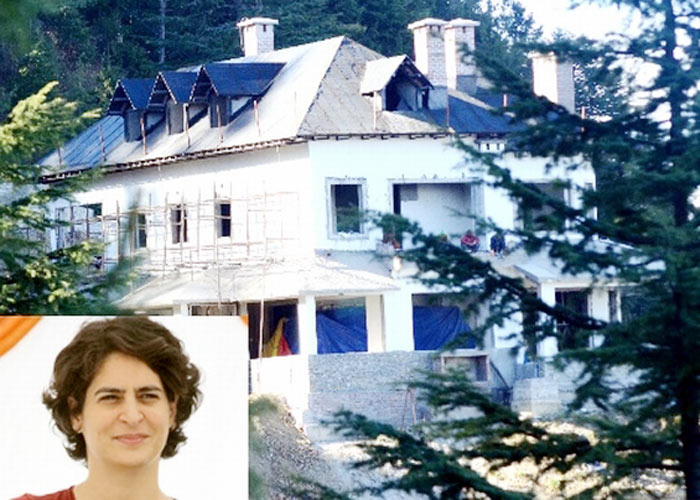 The ceremony for the two-storey building was planned to coincide with the nine-day long Hindu festival of Navratri and is being conducted by priests specially invited from south India.

Priyanka arrived here on Sunday and is expected to return to New Delhi later in the day, though the rituals will continue for two more days.

The Himachal Pradesh law prohibits outsiders from buying land in the hill state.
However, the Congress government in the state in 2007 relaxed the acquisition norms under Section 118 of the Land Reforms and Tenancy Act to facilitate land purchase by Priyanka.

The plot surrounded by thick pine and cedar forests in Charabra, some 15 km uphill from the Himachal Pradesh capital, lies close to the President’s summer resort The Retreat and Oberoi Group’s luxury spa Wildflower Hall.

The work for the cottage was given to a Delhi-based architect in 2008. However in 2011, the entire building was pulled down — not because of any dispute — but apparently the Gandhi scion was unhappy with the building design and the size of its rooms, said party leaders close to the family.

It was later redesigned and re-constructed by Shimla-based builder Tenzin in the hill architecture style with strong foundations, an open terrace, a drive-in and five bigger rooms that have wooden interiors, shingled exteriors and a sloping tiled roof.

Priyanka is among the few high-profile people who have built houses in Himachal Pradesh and she and her family visit it frequently to inspect the construction work.