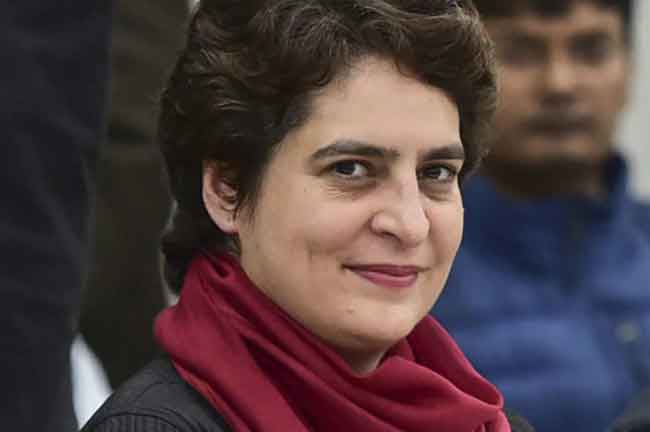 “To be or not to be”. The opening phrase of Hamlets soliloquy in Shakespeares play is a prime example of literary dialectics, where the prince finds himself oscillating between two choices, to exist or not. The situation for the Congress, and Priyanka Gandhi Vadra isnt much different.

In this 2019 campaign, Congress workers are by and large unhappy and are raising a simpler question: Why? Why conduct this political tamasha across the country. Many admit that their hopes are dashed since they truly believed that Priyanka Gandhi would fight against the Prime Minister Narendra Modi from Varanasi. Why was this hype there to begin with? Well, it was because Priyanka herself expressed her desire to fight the election.

But after the announcement that she would not fight from Varanasi, there is a need to analyse the political situation. The dilemma of the Congress is astounding. Is it the weakness of the Congress leadership? Isn’t it bizarre that the Priyanka versus Modi narrative was sparked off by the Congress leadership, only to eventually give the nomination to Ajay Rai again? The same Ajay Rai, who finished third in 2014, behind not just Modi but also Aam Admi Party’s Arvind Kejriwal.

But where is the Congress strategy? Rather, what exactly is the Congress strategy? It obviously doesn’t want to ‘waste’ Priyanka Gandhi in 2019 in a fight, that she possibly won’t win, against Modi. But then, why was the bubble of expectation created? This has now given the opportunity for the BJP to campaign against her, arguing that Priyanka and Rahul backed out of a fight since they were afraid of Modi.

Inevitably, the decisive ‘No’ has sparked off much gossip and speculation. First take: the Congress thought that after the announcement of Priyanka, Modi would be anxious and would also fight the election from another constituency, such as Indore, Kolkata or Puri. But when the Congress realised that this wasn’t the case, that Modi was showing no sign of nerves, that he wouldn’t fight from any other constituency – it was decided that Priyanka wouldn’t contest the polls.

Second take: Rahul and several senior Congress leaders felt that a member of the Gandhi family shouldn’t be defeated in the first election of her life. Priyanka was ready to fight, but Sonia and Rahul were not willing to give her the go-ahead.

In the Gandhi family, there is a tradition that they’ve never launched two siblings simultaneously. Even Sanjay Gandhi and Rajiv Gandhi didn’t come together into politics. It was only after the death of Sanjay Gandhi, that a reluctant Rajiv agreed to enter the political fray. Sonia Gandhi had preferred Rahul Gandhi over Priyanka. Many have argued and speculated that it is a result of the Indian ‘tradition’ a male-child ascending to the throne over his sister. Now, the latest interpretation is that Priyanka had wanted to fight Modi seriously, on his own turf. She had believed that victory or defeat wasn’t the only important thing in politics, that when Sushma Swaraj fought against Sonia Gandhi at Bellary, Karnataka in 1999 – she might have lost, but there was no disrespect for Swaraj in that defeat.

Priyanka had wanted to set up a model of good virtue in Indian politics. That there are no VIP seats, where the opposition will also not give a serious candidate. But ultimately Priyanka was vetoed by Rahul and Sonia. And now, the grapevine is abuzz with rumours that Rahul could leave the Amethi seat for Priyanka and fight only from Kerala.

I think all of these speculations and gossip is ultimately negative for the Congress.

The Congress shouldn’t forget that they’re fighting against a strong man like Narendra Modi. Unfortunately, the general perception is that the Congress doesn’t have a very well-crafted strategy. Rahul Gandhi also appears to have failed in stitching together alliances in different states.

Delhi Chiefg Minister and Aam Aadmi Party chief Arvind Kejriwal, who knows a thing or two about fighting Modi in Varanasi, attacked the Congress chief for only “pretending” to form an alliance and weakening the opposition’s strength. “Alliances are formed through talks and not via tweets,” he said to a television channel in an interview. A similar breakdown in talks were seen in Uttar Pradesh, where, in spite of the Samajwadi Party-Bahujan Samajwadi Party alliance, the Congress has fielded candidates in virtually every seat.

BSP chief Mayawati has also not minced words. At a recent press conference, she clubbed both the BJP and the Congress as dually responsible for the woes of the poor and said, “The maximum migration in search of work and food took place during the Congress governments. The Congress didn’t even fulfill promises it made in its manifestos.”

Rendered to just 44 seats in 2014 across India, the importance of the upcoming polls can’t be overstated for the grand old party of India. But it all boils down to the same question, to be or not to be: to have a one party ruler mindset that appears to be more concerned with ensuring its own dominance in the future than victory in the present. Or, a comprehensive strategy of fighting a formidable foe.

Evidence from the Priyanka Gandhi Vadra episode, the indecision and the about-turns, suggests that it simply hasn’t made up its mind.

(Jayanta Ghosal is a senior journalist)