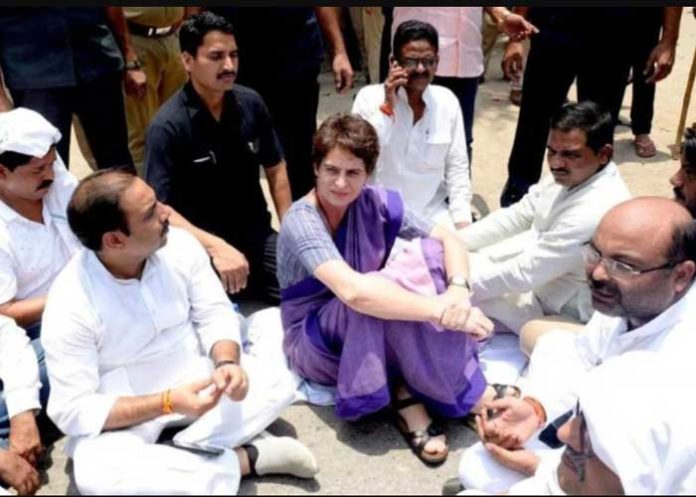 “I am now leaving because my purpose of meeting the families of the victims has been fulfilled. But I will return very soon. I had come here on the instructions of my brother Rahul Gandhi.”

This is what Congress General Secretary Priyanka Gandhi told people and party workers before ending her 24-hour dharna here on Saturday. She would return to Delhi after offering prayers at the Kashi Vishwanath temple and Kaal Bhairav temple in Varanasi.

Mirzapur District Magistrate (DM) Anurag Patel took a u-turn on Saturday and said that the Congress leader was free to go since she had neither been detained, nor arrested. The DM on Friday night had asked her to furnish a personal bond of Rs 50,000 so that she could be allowed to go.

Earlier on Saturday, Priyanka met the family members of the victims who had come to the guest house in Chunar to meet her after she was prevented from going to meet them in Sonebhadra where 10 people were killed in clashes over a land dispute on Wednesday.

She said that Congress will provide a compensation of Rs 10 lakh each to the deceased person’s families.

She also put five demands before the Uttar Pradesh government: Rs 25 lakh compensation for each of the victims’ families; fast-track trial in the Sonebhadra case; land titles for the tribals; security for the affected families; withdrawal of land dispute cases against the villagers.

Several senior Congress leaders who were on their way to Sonebhadra were detained by the police at Varanasi airport. A three-member delegation of the Trinamool Congress was also detained at the airport.

The detention of the political leaders came a day after Priyanka was detained and stopped in Mirzapaur district from going to Sonebhadra to meet the injured and the victims’ families.

The Congress termed the entire episode as a ‘major victory for the party’ and slammed the Yogi Adityanath-led government in Uttar Pradesh for resorting to fascism and preventing their leaders from visiting Sonebhadra.   (Agency)