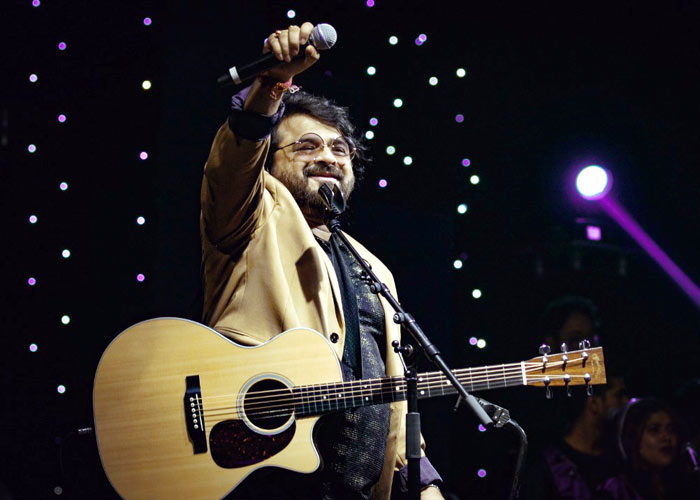 Pritam and Imtiaz Ali spell success where music is concerned and love Aaj kal is no different. With super-hit tracks like ‘Shayad’, ‘Haan Main Galat’, ‘Mehrama’ and ‘Rahogi Meri’ the music is everyone’s favorite including the lead cast.

Kartik Aaryan expresses his love for Pritam’s music and says, “He is a best in the business and he is someone whose music has always been my personal favourite and the favourite song from the film would be Mehrama.

The early Love Aajkal was the one which had great music, the whole album was such a huge success and he did it again with this Love Aajkal and couldn’t have asked for better songs….I think the song from our love story, from our Love Aajkal, I think they play an important role in our movie and Pritam Da has done it again.”

Sara Ali Khan further adds, “The lyrics, music, vibe, feeling of the song has the power to take you back down memory lane immediately. I think that’s the power of the song. Lot of our songs have been composed after we have shot them. I almost feel like, especially with Mehrama that we shot on the song and that’s why it’s my favourite song.”

‘Shayad’ is a romantic number, sung by Arijit Singh and written by Irshad Kamil. This song has more than 43 million views on YouTube also it was on trending at 1 when it released. ‘Haan Main Galat’ is a new party track, sung by Arijit Singh & Shashwat Singh, which again occupied the top ranking with 46 million views on YouTube and trending at number 2. It is version 2.0 of Pritam’s earlier hit ‘Twist’. Another song ‘Meharma’, sung by Darshan Raval & Antara Mitra, which released recently crossed 26 Million Views and talks about being isolated in a crowd, has resonated well among today’s youth. Love Aajkal has released today.

Every song released till now of love Aajkal whether its Shayad or Haan Main Galat or Mehrama or the latest Rahogi Meri has record breaking views.