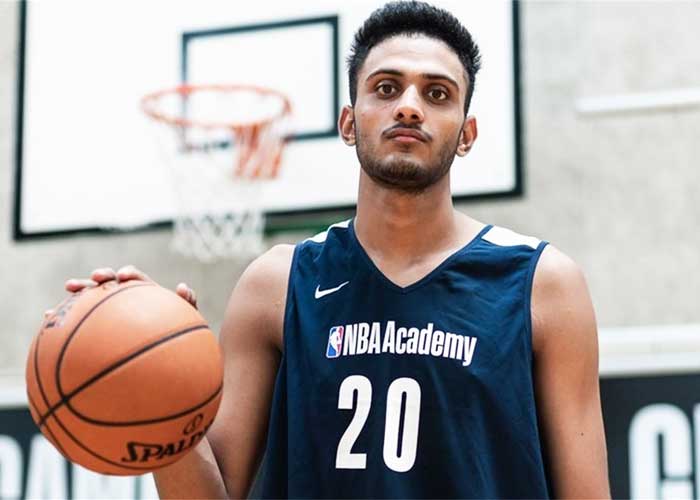 Princepal Singh’s break from his tough regimen at the NBA Global Academy in Canberra couldnt have come at a better time. He was relaxing at home, getting ready to prepare for his examinations, when the call from the Punjab coach came.

“Do you want to be part of the team for the Khelo India Youth Games?” India’s brightest prospect in basketball, towering at 6 feet 10 inches, didn’t have to think twice. He was virtually on the next flight to Guwahati, all set to charm the locals and dazzle the opponents.

Late on Monday evening, he had completed his mission, guiding Punjab to the gold in the U-21 category. He played his part in thrashing a valiant Tamil Nadu 79-52, winning many more fans in the process.

“How could I say no? It was a great opportunity to work my fitness while also gaining experience by playing against older players,” Princepal said after the victory.

Coach Jaspal Singh was delighted to have him in the team. “It was a great boost for the boys. But it was also a good release for Prince. No matter how much you practice and how much time you spend in a camp, game time is important. That’s where you can implement ideas from your training sessions,” he explained.

The Punjab team remained unbeaten through the tournament, dismissing all opposition in their way.

“Punjab teams have always been strong, thanks to a robust coaching system. Although I didn’t spend much time with my teammates, I felt I connected very quickly,” he said.

Princepal may have been the main attraction for Punjab but the team wasn’t short on quality at all. Gurvinder Singh was the pick of the players in the final, garnering 22 points.

Apart from his examinations, Princepal has his eye on the national camp a few weeks away.

“Hopefully, I will get picked for the Indian team,” he said. “And then, maybe do well in the exams too,” he said.  (Agency)