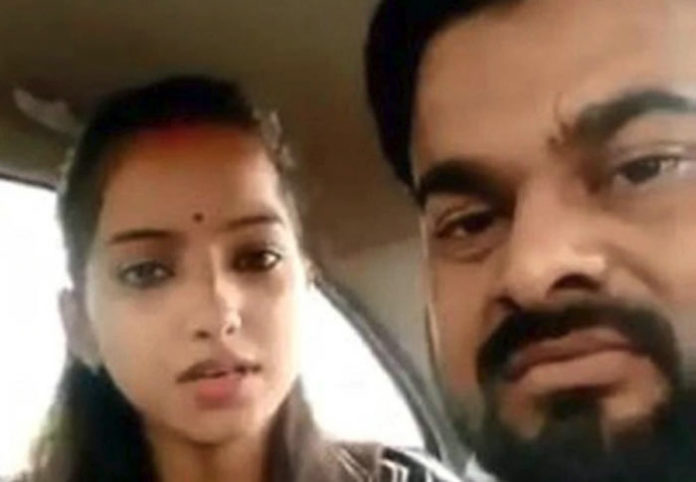 The controversy over BJP MLAs daughter Sakshi’s marriage to a Dalit youth Ajitesh Kumar has apparently taken a new turn with the priest of the Ram Janki temple denying that he had solemnized the marriage.

The marriage certificate posted by the couple on the social media shows that the marriage was solemnized at the famous Ram Janki temple in Prayagraj on July 4.

In an interview to a news channel, the chief priest of the temple, Mahant Parshuram Singh, denied that he had solemnized the marriage and alleged that the certificate was fake.

Sources close to the couple said that the priest was under pressure to deny the marriage.

Meanwhile, the Allahabad High Court has fixed July 15 for hearing of a petition filed by the couple who went into hiding, fearing threat to their lives form the BJP MLA Rajesh Misra and his henchmen.

Harish Kumar, father of Ajitesh Kumar, said that he had no knowledge of the whereabouts of the couple and added that he and his family have also left Bareilly, fearing a threat to their lives.

He said that his son Ajitesh had sent him the video clip on basis of which he had informed the police that the couple faced a threat to their lives.

“Ajitesh and Sakshi have not got in touch with me after that and I am apprehensive about their safety,” he added.

Special Superintendent of Police Bareilly Muniraj said that he did not know the location of the couple but if they informed him about their whereabouts, he would provide security to them.

BJP MLA Rajesh Misra on Thursday said that his daughter was an adult and free to take her own decisions. He denied having threatened her with dire consequences. He said he was concerned about the age difference between the husband and wife and also the boy not having any proper employment.

The BJP, meanwhile, has chosen to remain tight-lipped on the raging controversy.  (Agency)