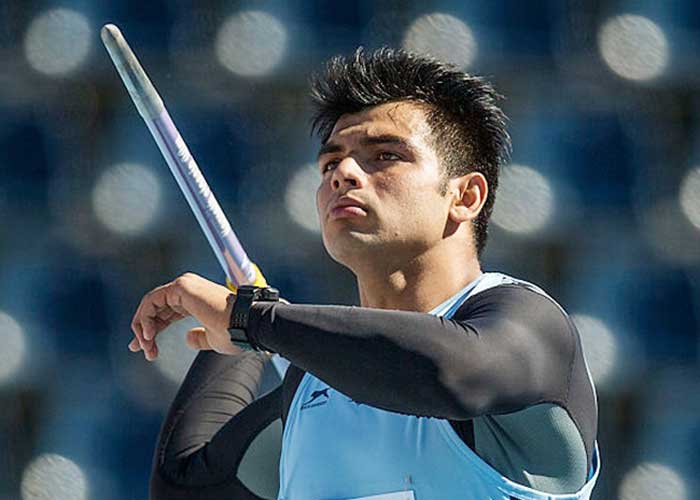 Between July 2016 and November 2018, Neeraj Chopra sent javelins flying everywhere and in the process, won gold at the junior athletics World Championships, South Asian Games, Asian Championships, Commonwealth Games and Asian Games. He missed out on a bronze at the 2018 IAAF Diamond League final by a matter of centimetres, finishing behind reigning Olympic champion Thomas Rohler of Germany.

And then came the pain. It started in November 2018 as a discomfort in his right elbow, a joint that is susceptible to damage for a javelin thrower, especially when they have an action in which the elbow is at a low position during the final stages of the athlete’s run-up. This escalated to a painful inflammation of the joint and soon he wasn’t able to pick up the instrument which he had hurled farther than any other Indian ever had in August 2018.

“During rehab, there was a long time when I could not throw a javelin. This was the case for about four or five months. But still it was fine,” he told.

Neeraj went under the knife in May 2019. “There was training and rehab after that and I was happy with that,” he said.

Once surgery was done, and the recovery was quick as the 22-year-old felt that he was fit enough to give a go at the World Championships and later at the the 59th National Open Athletics Championships in early October 2019.

“Training was going well and I was able to throw well at the time. So I felt that I could compete, maybe even qualify for the Olympics,” said Chopra.

But he was dissuaded from doing so by his team, fearing that he was yet to adjust to his new action completely. In a competitive environment, he could go back to his older technique and thus jeopardise his elbow again.

“I was thinking of participating in Ranchi (Nationals) but it had not been long since I had started throwing again properly. So everybody told me to let it be, it’s only been so many days, so competing now could be risky,” Chopra said.

“He felt that he was fit and was requesting the federation to let him participate in the World Championships and later at the nationals. We declined both the requests because we wanted him to fully recover first. Now he has recovered fully and has managed to qualify for the Olympics,” said Athletics Federation of India (AFI) deputy coach Radhakrishnan Nair.

It is a testament to his ability that Neeraj needed only one chance to seal his berth for the 2020 Tokyo Olympics. It came on January 28, when he threw a whopping 87.86m at the ACNW League Meet in Potchefstroom, South Africa. At the 2019 World Championships, Grenada’s Anderson Peters had thrown 86.89m and won the gold.

But Chopra feels dwelling on that is pointless. “Yes, this throw would have earned me a gold at the World Championships. But it was a different situation back then. It all depends on the time. There were a few athletes there who had managed throws of more than 90m. Even they could not do that at the time. So it really depends on who is going through a good phase at the time,” he said.

The early qualification means that Neeraj’s aim while going into competitions before Tokyo 2020 will only be to improve himself. Even in the Potchefstroom meet, Neeraj felt there were areas he could work on.

“The warm-up throws went very well, and even though my first three throws were around the 81-82m mark, I felt there were some flaws I could work on,” he said.  (Agency)