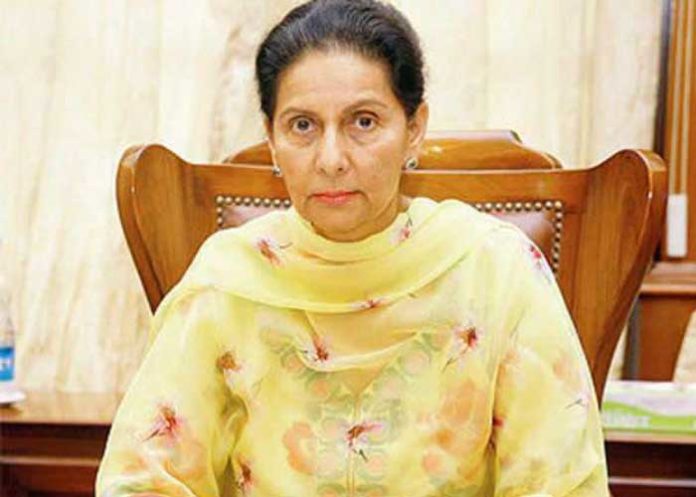 Member Parliament from Patiala Preneet Kaur on Thursday met Union Minister for Jal Shakti Gajendra S Shekhawat to seek his personal intervention for expeditious clearance from Central Water Commission (CWC) for construction of 17.5 km long stretch on the river Ghaggar from Makor Sahib to Karali under phase-II as per the recommendations of model study.

While interacting with the Union Minister in New Delhi, Preneet Kaur also urged the former to ask Haryana Government to accord early approval for this work in the larger public interest. Alternatively, existing embankments raised by the villagers should be strengthened immediately. The right solution, however, is a CWC approved channelisation plan for the entire length as the river runs zig-zag between Haryana and Punjab, she further informed the Minister. 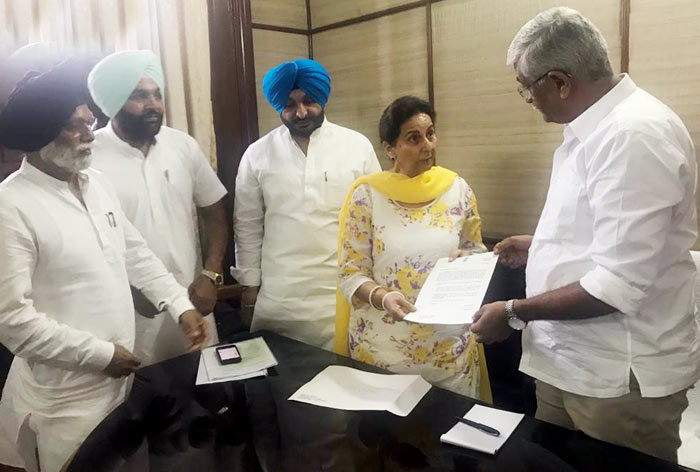 The Member Parliament also apprised the Union Minister about the flooding of 48024 acres land in Patiala and 21,775 acres in Sangrur District thereby adversely impacting 228 villages alone in Patiala district.

she also informed Shekhawat the devastation caused by the fury of river Ghaggar, which rises in the Shivalik Hills of Himachal Pradesh and travels 197 kms through Punjab criss-crossing into Haryana and eventually disappearing in the deserts of Rajasthan. This year floods have caused due to heavy rains from 15-17 July and all the Nine tributaries of river Ghaggar contributed to the floods. She impressed upon the Minister to expeditiously decide on either of the two aforesaid options in view of this natural disaster.