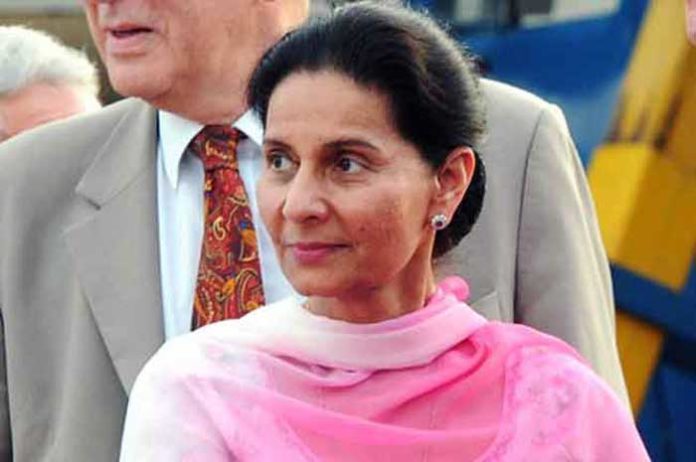 Patiala MP Preneet Kaur has thanked Chief Minister Captain Amarinder Singh for announcing the Sports University for her constituency, saying the proposed institution would not only give a major boost to sports in the state but also give a fillip to infrastructure development in Patiala.

In a press release issued here, Preneet said the incumbent Congress government was committed to the promotion of sports and had initiated several steps for the same in the past two years. The university, however, would accelerate the pace of strengthening the Sports edge of the state, which had given some of the best sportspersons to the country over the years, she added.

The Sports University would help in imbuing the youth of the state with a strong sense of fitness, which will make them better citizens and give them the necessary direction towards a better future for themselves and for Punjab, said Preneet. At the same time, she said, Sports is an ideal way to keep youth away from drugs and other wrongdoings.

The Chief Minister, said Preneet, had not only paved the way for holistic development of youth with this initiative but by fast-tracking the entire process had also ensured the commencement of the first session this year.

Preneet said as the elected representative of the people, she would personally extend full support to the project and facilitate the government in every way to realise Patiala’s dream of becoming a world-class centre for excellence in sports.

With this university, said the newly elected MP, Punjab would soon be sending many more excellent players to international sports competitions to bring greater laurels to the country.