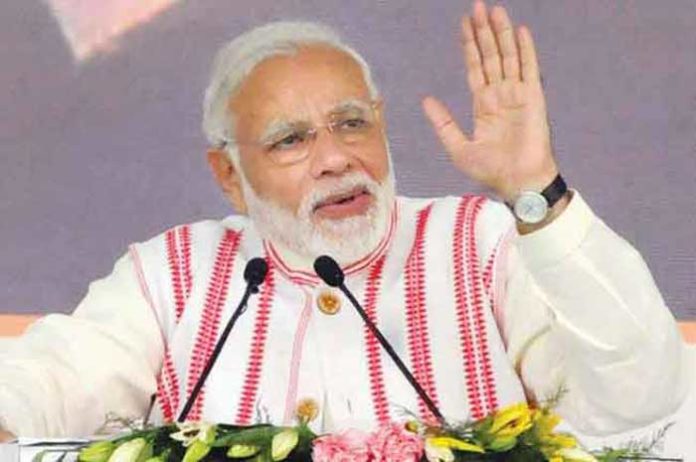 Prime Minister Narendra Modi said on Tuesday that with the efforts of the past few weeks, green shoots in the economy are visible, including rise in power consumption which was earlier falling, production of two-wheelers increasing, digital payment in retail reaching pre-lockdown levels, rise in toll collection in May, and bouncing back of exports.

These are encouraging signals, Modi said, with a clear hint that the opening of the economy is likely to continue, however, with caution.

Modi was speaking at the 6th PM-CM video interaction, where he asserted that India fared better than many nations as far as handling the Covid-19 pandemic was concerned.

He claimed that India’s mortality rate has been quite low and the timely decisions taken to combat the pandemic have been effective in containing the spread of the virus. He also highlighted how India’s recovery rate has crossed the 50 per cent mark.

However, while making a compelling case for opening up of the economy, he warned, “We have to always keep in mind that the more we can stop the corona, the more it will stop growing, the more our economy will open, our offices will open, the markets will open, the means of transport will open, and so will new employment opportunities.”

He forewarned that any laxity in discipline will weaken the fight against the virus.

While he talked about boosting the health infrastructure and increasing the testing capacity in the country, Modi stressed on the importance of the economy to bounce back as well as his call for “Aatmanirbhar Bharat” and invited all states to be a part of the mission.

“Specific economic activity points in the states should work 24 hours a day and loading and unloading should be quickened to give further boost to economic activities,” he said.

He also talked about the “hand holding” that is required for smaller factories and timely credit to MSMEs.

The Chief Ministers mentioned about the awareness campaigns being run by them, help being provided to the workers who have returned home, usage of the Aarogya Setu app, and kickstarting of economic activities in their respective states.

The second leg of the meeting will be held on Wednesday when other states like Uttar Pradesh, Maharashtra and Bihar will participate.

The Prime Minister hailed the role of the Chief Ministers and the Centre-state cooperation during these trying times. “When India’s fight against Covid-19 will be analysed in future, this time will be remembered for how we worked together and served as an example of cooperative federalism,” added Modi.

The Prime Minister had held a detailed meeting with senior ministers and officials on June 13 to review India’s response to the Covid-19 pandemic. The meeting had reviewed the national level status and preparation in the context of the pandemic.

In that meeting, Home Minister Amit Shah had said that while “we have so far fought a successful battle against the pandemic, the road ahead is long and suggestions given by the Prime Minister regarding the use of mask/face cover, maintaining ‘do gaz doori’ should be followed by all”.

This was the sixth interaction between the Prime Minister and the Chief Ministers. The five earlier ones had been held on March 20, April 2, April 11, April 27 and May 11.  (Agency)