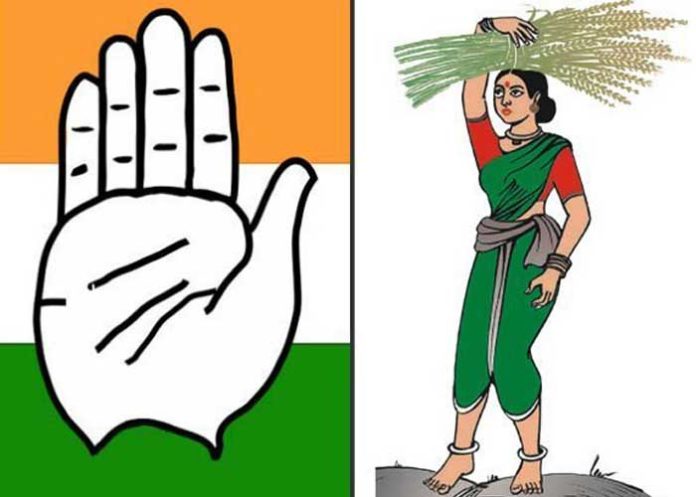 Karnataka plunged into a major political crisis on Saturday as 11 MLAs from the ruling Congress-Janata Dal (Secular) combine quit, reducing the 13-month-old government to a minority in the 225-member state Assembly.

The Congress hit out at the BJP for “orchestrating the defections” in a bid to pull down the government, but asserted that it would survive. The Bharatiya Janata Party (BJP), however, blamed the resignations on the “disgruntlement” among the ruling alliance lawmakers.

Of the 11 legislators who submitted their resignations in the Assembly Speaker’s office, 8 are from the Congress and 3 from the JD-S.

The major political development came at a time when Chief Minister H.D. Kumaraswamy and his two cabinet colleagues are away in the US and are scheduled to return on Sunday. State Congress President Dinesh Gundu Rao, who has been on a week-long holiday in Europe with his family, is also returning here on Sunday.

Before the resignations, the ruling coalition had 118 MLAs, five more than the required majority mark of 113.

They included 78 MLAs of the Congress (excluding the Speaker), 37 of the JD-S, one each from the Bahujan Samaj Party and regional outfit Karnataka Pragnyavantha Janata Party and an Independent.

The BJP has 105 legislators.

The 11 MLAs went to the Assembly Secretariat to submit their resignations to the Speaker but he was not there and therefore they handed over their letters to his personal assistant. They then went to meet Governor Vajubhai Vala.

“I came to know from my personal secretary that 11 legislators gave resignation letters in my office. They were acknowledged with receipts. I will go through them on Tuesday (July 9) as I am on leave on Monday,” Speaker K.R. Ramesh Kumar told reporters at his residence here.

In a communique later, the Governor’s office said the legislators had given a copy of their resignations to Vala as they could not give them to the Speaker personally.

A.H. Vishwanath, who resigned as JD-S MLA, told reporters after meeting the Governor that three more legislators would be resigning soon. He appeared before the media along with the other legislators who resigned.

Congress sources in New Delhi said the party’s state in-charge K.C. Venugopal, who is in Kerala presently, had rushed to Bengaluru to meet the rebel MLAs.

Though Jarkiholi had sent his resignation on July 1, it was not accepted by the Speaker, as it was faxed to his office, which was against the procedure.

Congress legislator Anand Singh from Vijayanagara segment had also resigned on July 1. As he personally handed over his resignation letter to the Speaker, his office acknowledged receiving it.

Of the Congress legislators, Reddy, a seven-time lawmaker, was a Cabinet minister in the previous Siddaramaiah-led government.

Vishwanath resigned as JD-S state unit President last month, owning responsibility for the party’s debacle in the recent Lok Sabha elections, in which it won only one seat, retaining Hassan.

Claiming that the year-old coalition government had failed to meet the people’s aspirations, Vishwanath alleged that there was no coordination between the ruling allies and legislators were not taken into confidence by their leaders in the functioning of the government.

“The absence of coordination between the allies in governance is evident from the serious differences they have in power-sharing and day-to-day administration,” he claimed.

Denying BJP’s role in their resignations, he said: “We have nothing to do with the BJP. There is no poaching of MLAs or horse trading. We are all seniors in politics. We can’t be traded,” added Vishwanath.

BJP’s state unit President and former Chief Minister B.S. Yeddyurappa also told reporters: “As we have said earlier, our party has nothing to do with the resignation of Congress and JD-S legislators from their assembly seats. You have to ask them,” .

He claimed that the resignations were expected in view of the disgruntlement in many legislators of the ruling alliance with the way their year-old coalition government was functioning.

“We will see what happens next week in the run-up to the 10-day monsoon session of the legislature from July 12. Though we decided to not to press for a trust vote, a floor test will become inevitable for the trail of strength if the Speaker accepts the resignations,” Yeddyurappa said.

The 10-day monsoon session of the state legislature is set to begin on July 12 to approve the state budget for 2019-20 and take up pending bills besides discussing various issues, including farm loan waiver, drought relief works and water crisis across the southern state.

After the meeting, Surjewala burst out against the BJP for encouraging defections across the country.

Congress Legislature Party (CLP) leader Siddaramaiah, however, claimed the coalition government was safe and would survive the crisists.

“There is no threat to our coalition government. It will continue. I have called for a CLP meeting on Sunday to discuss the situation arising out of the rebels resigning from the party,” Siddaramaiah told reporters after meeting Deputy Chief Minister G. Parameshwara and party’s state working President Eshwar Kandre.    (Agency)