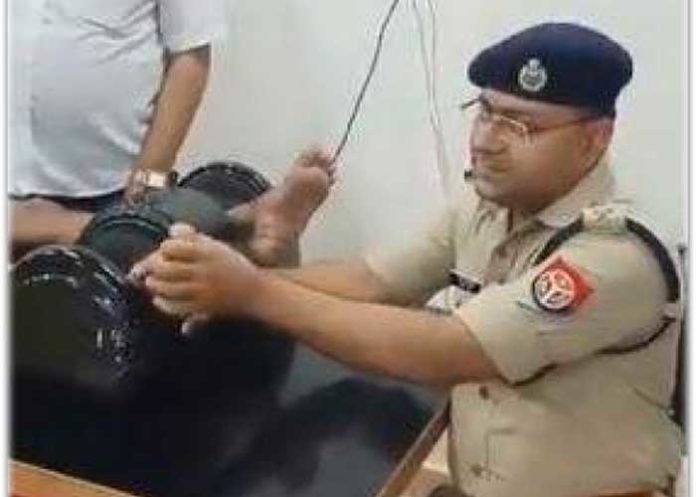 Superintendent of Police in Uttar Pradesh’s Shamli district Ajay Kumar has been captured on camera, giving a foot massage to a kanwariya recently.

Shared the video on its official Twitter account, Shamli Police wrote: “Ajay Kumar inaugurated a new medical camp, especially set up for kanwariyas, in the district. The officer also offered ‘seva’ to a kanwariyas who had come to the medical camp.”

Kanwar Yatra is an annual pilgrimage for the devotees of Shiva — known as Kanwariyas — during the month of Shraavan in the Hindu calendar. Kanwar Yatra hits its peak celebrations in Uttar Pradesh, Bihar and Uttarakhand.

UP Chief Minister Yogi Adityanath has ordered special facilities for kanwariyas this year. Schools along the yatra route have been shut and traffic movement has been banned on the route.

The Chief Minister has also ordered for showering of rose petals on the pilgrims from helicopters.  (Agency)