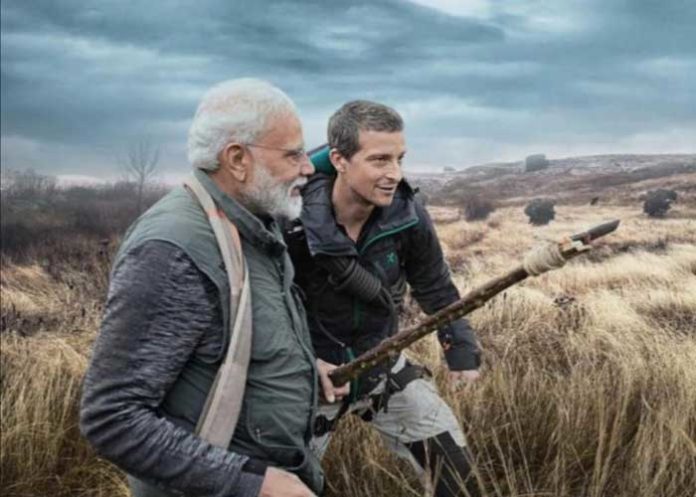 The news of Prime Minister Narendra Modi making an appearance on popular Discovery Channel’s show “Man Vs Wild” has taken the world of social media by storm.

It all started with a tweet on July 29 by adventurer and television presenter Edward Michael Grylls, popularly known as Bear Grylls, sharing that Modi will be appearing in a special episode, which has been shot in the Jim Corbett National Park.

In a span of less than 12 hours since the tweet first made an appearance, the hashtag reached 728 million people through over 2,04,200 mentions by more than 2,06,200 users as per the data from global media intelligence firm Meltwater.

#PMModiOnDiscovery was the top trend in India on the day of announcement. The trend also made waves globally entering the elite top three trends.

Modi will appear in the “Man Vs Wild” episode on August 12.   (Agency)