Home Punjab Piyush’s letter to Amarinder on resumption of trains to Punjab has two... 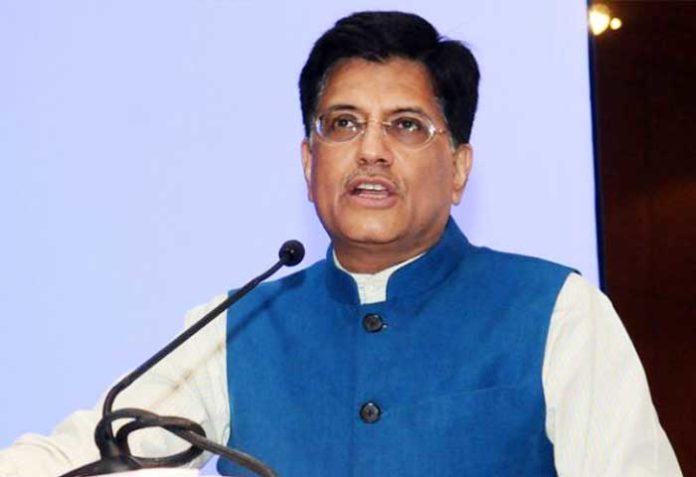 New Delhi, Oct 26, 2020-
Amid the indefinite Kisan Rail Roko agitation in several parts of Punjab disrupting train services, Railways Minister Piyush Goyal said on Monday said that the Railways is ready to run trains once it gets assurance from Punjab government for the safety and security of trains and running staff.

However, Union Minister’s letter to Punjab Chief Minister has not one but two riders. One being the safety and security of trains and staff and the other and more important is that the Center is asking for resumption of not only goods trains but ALL trains. This seems to be Center’s move to get the ‘Rail Roko’ over which the farmers think is a key part of their agitation against recently passed Agri laws.

In a letter to Punjab Chief Minister Amarinder Singh, Goyal said: “Railway is ready to resume train operation, passenger and freight immediately after assurance from Punjab government is received on safety and security of its rakes and trains running staff.”

Goyal highlighted that key services were halted due to farmers’ agitation at several places in Punjab, especially around Amritsar and outside the power plants at Nabha and Talwandi Sabo, as also outside FCI’s silo at Moga.

He said that railways started freight trains and started moving empty coaching rakes to maintenance depots for maintenance on October 22 and 23 after assurance was given by local police that dharana has been lifted.

“Without total withdrawl of agitators, our staff especially loco pilots and guards are not confident of running trains,” he said, adding that they are apprehensive that there may be some incidents of people obstructing the trains.

He said that the railway personnel are asking for assurance from state government that all train movements (freight and passenger) will be allowed without any obstruction and necessary security will be provided by state government.

Punjab Chief Minister Amarinder Singh on Monday sought personal intervention of Railways Minister Piyush Goyal for restoration of freight movement, which remained suspended even after the farmers’ decision to partially lift their blockade.

“To commence freight services, we need a total free run and not with conditions and stipulations which cannot be complied with,” Goyal said.

The farmers in Punjab are agitating against the three controversial Agriculture laws passed by Parliament last month. (Agency)