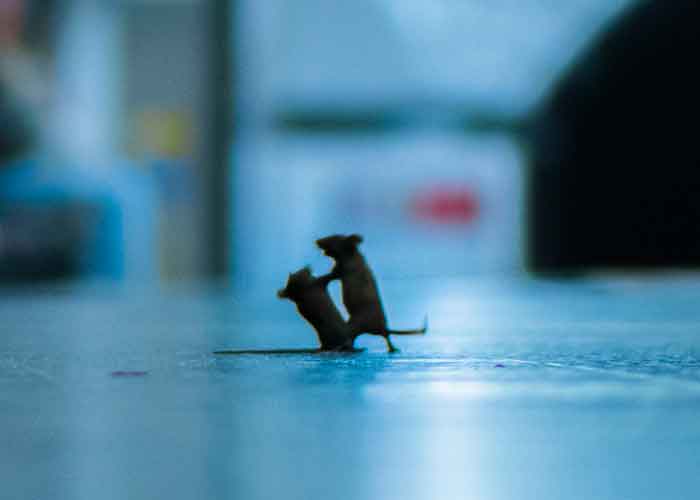 A mesmerizing photo of two mice squabbling on London subway wins Wildlife Photographer of the Year award. As the photo surfaced on the Internet, social media users are in love with it.

The Natural History Museum (@NHM_London) shared the photo on Twitter with the caption, “The winner of this year’s @LumixUK #WPYPeoplesChoice Award @NHM_WPY is Sam Rowley, with his well-timed portrait of two mice scrapping over food on a London Underground station platform.”

Sam Rowley’s capture of two mice fighting on a London Tube platform won in the London Natural History Museum’s annual photography competition, beating out over 40,000 others for the People’s Choice award.

As the photo went viral, Twitterati have flooded the social media with their reactions.

A user wrote, “I bloody love that picture. “Bob and Ted have a bust up at Cockfosters” I’d call it.”

Another wrote, “That is incredible! I never knew mice fought each other like that!”

A post read, “This is weirdly very cute and also makes a nice change from the rats that I used to see.”

“It’s a great pic but clearly they are dancing the Argentine tango” a user remarked.  (Agency)