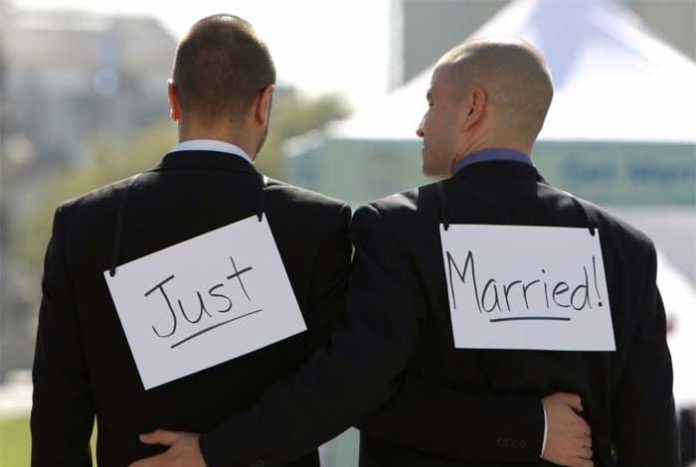 After de-criminalising homosexuality in India, people feel it is time for gay marriage to be made legal in India, a study has pointed out.

According to data gathered from users of dating app OkCupid, 55 per cent of men and 82 per cent of women on the OkCupid community believe it is time for the next step and that gay marriage must be legalised in the country.

While 36 per cent men and 15 per cent women said they weren’t sure, a small percentage of respondents said no to it.

OkCupid has over a million users in India. The data was gathered through questions on the app which new and existing users answer to match better with their potential partners. The data has been gathered from an average of over two lakh respondents, said a statement.

As per the study, 68 per cent men and 90 per cent of women said they care a lot about the LGBTQ community.

Only 19 per cent of users in the LGBTQ community are completely out to their co-workers and acquaintances, whereas 48 per cent users responded saying they are partially out to their peers.

As per the study, 82 per cent men and 92 per cent women believe that using the term ‘gay’ as an insult is highly disrespectful, no matter the situation.  (Agency)