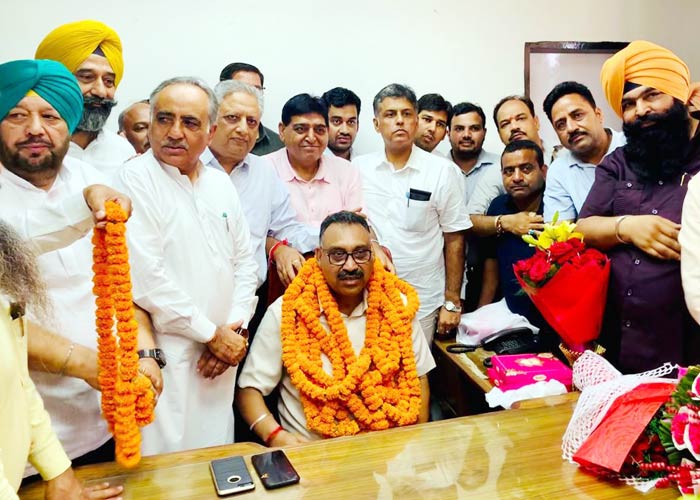 After assuming office at Udyog Bhavan here today, Mr. Pawan Diwan thanked the Chief Minister Captain Amarinder Singh for reposing faith in him and said that he would fulfill all his responsibilities diligently.

He also said that the youth in modern era should concentrate on setting up their own ventures. He further added that the state government is already striving to create an investor friendly environment.

Divulging more, he said that the Industrial and Trade Development Policy 2017 has been implemented in which many financial facilities have been provided to the industry. He said that he would make special efforts to strengthen the industrial economy in the state, establish new industrial units and rehabilitate the weaker industrial units.

It is worth noting that Mr. Pawan Diwan has been active in the political and social sphere for a long time. He has also organized a number of drug addiction camps and blood camps to protect the youth from drug addiction besides various programs on various social issues to help poor women, raise awareness for the environment and other social issues with the assistance of various social service organizations.