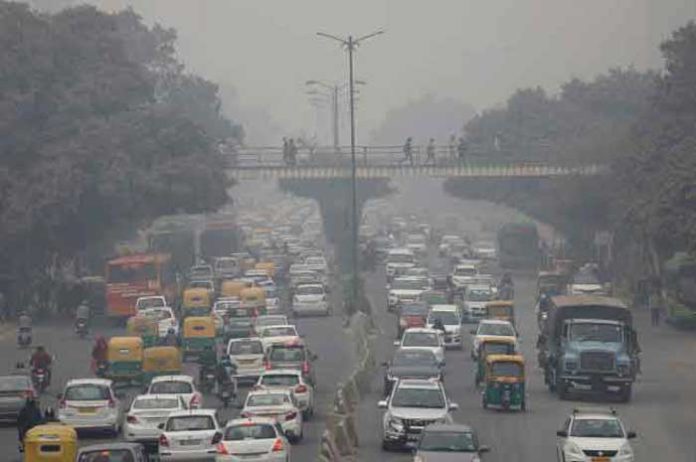 The inference by researchers at the Department of Climate Change and Agriculture Meteorology is based on the wind speed in Punjab during October and November between 2017 and 2019.

Prabhjyot Kaur Sidhu, who has compiled the study, told that if smog from Punjab were to move towards Haryana and Delhi, the wind speed should be more than 4-5 km per hour and its direction north-westerly or at least westerly.

“In fact, the wind direction that day was southeast easterly, which means wind from neighbouring states like Haryana and Delhi was blowing towards Punjab,” Sidhu explained.

The southeast easterly wind from Punjab is thus highly unlikely to affect the air quality in neighbouring states, she said.

With the fall in mercury in October and November, there is reduction in the formation of air currents.

“A stable atmospheric condition is created during these two months in which only a little vertical movement of air current occurs while horizontal movement of air is also reduced. Dust and smoke particles added to the atmosphere due to straw-burning and other pollution sources get entrapped,” Sidhu said.

“It is like a closed-room situation in which hardly anything comes in from outside or goes out. This situation starts building up over the days until a low-pressure weather system or a western disturbance moves in and relieves the situation in the form of horizontal wind drift or some rainfall which sort of washes the lower parts of the atmosphere,” the researcher said.

In the plains of northern India, especially paddy-growing states, each state is saddled with its own pollutants.

The creation as well as avoidance of smog in any area is in the hands of residents. Concerted local efforts are the key to solving this problem, she said.

For the northern states, October is very critical as the temperatures are reduced and the air pollution level goes up due to stubble-burning and bursting of firecrackers during Dussehra and Diwali.

The study revealed that the number of smog days in Punjab over the years had increased.

In 2017, smog was recorded for 12 consecutive days. Diwali was celebrated on October 19. But the smog was concentrated from November 1 to 13. On November 14-15 the smog dissipated when the wind speed increased up to 4-8.5 km/hr.

Next year witnessed smog for 11 days, i.e., three consecutive days during the end of October and eight consecutive days in November. Diwali was celebrated on November 7 in 2018. On November 14, smog dissipated when the wind speed increased to 5.7 km/hr.

Sidhu said that it was evident that the formation of smog in the lower atmosphere occurs when the wind is calm. As soon as the wind speed increases, automatic dissipation of smog occurs.