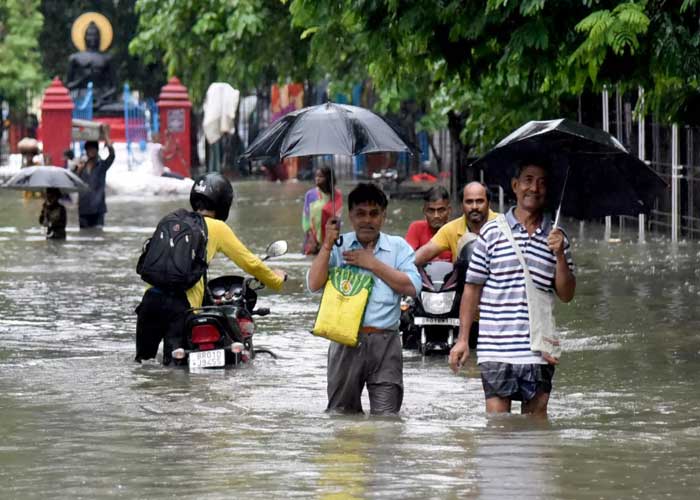 Hundreds of people staged protests here on Saturday against the state government for failing to pump out the flood waters from their areas and provide relief to them.

The residents of Patna’s Danapur area blocked roads near Gola road T point, burnt tyres and shouted slogans against the government. They said that the Patna Municipal Corporation and other government agencies have failed to pump out the flood waters from the colonies and apartments even after the rains stopped six days ago.

Local police officials assured the protesters and requested them to end the road blockade and protest.

In the last three days, people from the water logged areas have reportedly staged protests at over a dozen places in the capital city. Their protests have exposed the claims of the top government officials about the improvement in the situation.

According to the officials, the worst water logged areas of Rajendra Nagar, Kankarbagh and Kadamkuan are yet to get any respite and the accumulated water here continues to be at the three to four feet level.

What is giving sleepless nights to government officials is that the choked sewage and drainage system is yet to be repaired.

As large parts of Patna remained submerged, prices of essential commodities like fruits and vegetables have gone up in the last four days.

The official death toll in Bihar after heavy rainfall that resulted in water logging in Patna and floods in the 14 districts has reached 73.  (Agency)