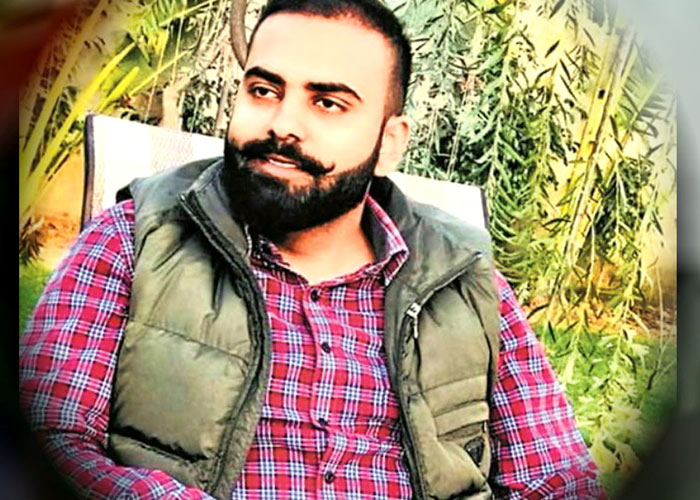 Taking serious note of the spate of criminal acts and indiscipline shown by the probationer sub-inspector, IGP Patiala Jatinder Singh Aulkah on Tuesday discharged Aditya Sharma from service with immediate effect on charges of sexual misconduct and continued and frequent absence from duty.

Sharma has been at the centre of controversy, with two FIRs filed against him by a woman who he allegedly sexually assaulted and then married, apparently to escape disciplinary action.

Repeatedly accused of committing serious crimes, including sexual intercourse by a person in authority, he also failed to complete `Basic Training’ at the Punjab Police Academy, Phillaur, according to a police spokesperson.

Incidentally, in his brief period of probation, Sharma had remained suspended for a total of 109 days, and absented himself from duty for 65 days.

Noting that if the officer’s indiscipline went unchecked, it could have a deleterious effect on his peers in the Police Department, the IGP, in his discharge orders, said Sharma had even failed to respond to the two Show-Cause Notices issued to him by the Senior Superintendent of Police, Patiala, in the past.

The IGP also took note of the fact that the officer’s continued absence from duty, which is continuing till date, pertains to the time when the State of Punjab, along with the rest of the Country, is reeling under the havoc wreaked by the pandemic of the Covid-19 Virus and when the entire Police Department is selflessly and relentlessly engaged in battling with the same.

According to the spokesperson, the IGP had received a Memo from SSP Patiala against the probationer officer, a resident of Phillaur district of Jalandhar, who was appointed as SI as a “special case” on January 24, 2019. After examining all the facts of the case, the IGP issued orders under Rule 12.8 of the Punjab Police Rules, 1934 (as applicable to the State of Punjab).

Giving details of the charges against Sharma, the spokesperson said that an FIR was first registered against the officer at PS Sadar, Hoshiarpur, on a complaint by a lady, who alleged that she was sexually assaulted and beaten by the said officer.

At that time, the Commandant-cum-Deputy Director (Administration), Punjab Police Academy, Phillaur (with the approval of the Director of the Academy) repatriated Aditya to his Parent Unit, without completion of his basic training on September 23, 2019.

The transfer order stated that the continuance of the officer in question at the PPA, was not conducive to the environment at the Academy. Further, while relieving the Officer in question from the Academy, it was also observed that he had remained absent from the Police Academy since September 18, 2019.

Subsequently, Sections 376-C (sexual intercourse by a person in authority) and 506 of the Indian Penal Code were added to the FIR and the officer was suspended on November 15, 2019. A Departmental Inquiry was also ordered against him and the same was marked to the Deputy Superintendent of Police (Crime against Women & Children), Patiala.

While suspending the officer, he was also directed to regularly report to the Police Lines, Patiala, and to adhere to the terms and conditions prescribed under Rule 16.21 of the Punjab Police Rules, 1934.

However, on February 20, 2020, Sharma submitted an application to SSP Patiala stating that he had entered into a settlement with the complainant lady in FIR No 144 and had also solemnized marriage with her.

Thereafter, on the basis of the recommendation made by the SSP Patiala, his suspension was revoked pending the Departmental Inquiry and ensuing criminal proceedings. The probationer SI remained suspended for a total period of 109 days starting from November 11, 2019 to March 2, 2020.

Meanwhile, taking into account his habitual absence from duty as well as from the Punjab Police Academy, two show-cause notices were issued to the officer, to which he failed to respond. He joined duty again on December 3, 2019, at which time he submitted a brief application narrating the reason for his absence from duty but ended up absenting himself again from May 20 to May 29, 2020.

Thereafter, another FIR (No. 91) was recently registered against the officer on June 3, 2020 at police station Goraya under sections 323, 498-A, 509 and 406 of IPC, on the basis of another complaint by the same lady, who was now the wife of the said officer and had alleged grave cruelty and torture since their marriage in February this year, both physical and mental against the officer even during the lockdown period.

The victim approached the Police after an episode of domestic violence on May 26 & 27 when she claim to be injured in the head, back, shoulder and left arm. At the same time, Sharma again absented himself from duty from June 5, till date, prompting the Memo by the SSP to IGP Patiala, said the spokesperson.