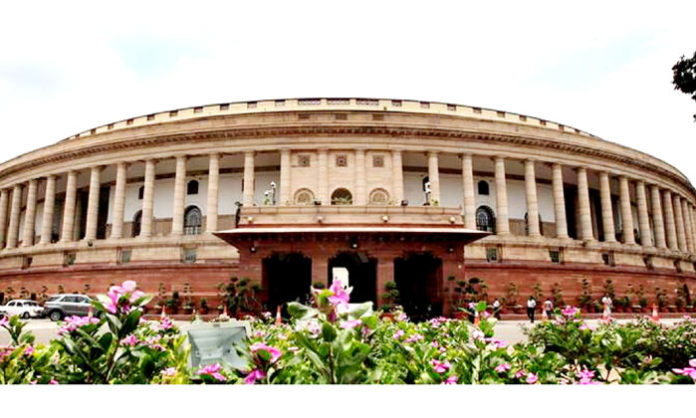 New Delhi, Oct 22, 2020-
In a strange circular, the Lok Sabha Secretariat has directed all the staff and officers working in the Parliament House complex to desist from washing their utensils and lunch boxes in its premises.

The reason behind the official note mentions “blockage of drainage system” and “cleanliness and hygiene”. However, the circular could not clarify properly why the Lok Sabha secretariat suddenly took such a step which has startled the employees.

Some of the employees working in Parliament for decades told on condition of anonymity that they were never stopped from doing so before.

Most Parliament officials said that the move was taken to contain spread of Covid-19 which so far has infected 77,06,946 people across the country with a fresh spike of 55,839 cases and 702 deaths in 24 hours on Thursday.

Issued on Wednesday, the circular mentions “it has been observed that officers and staff are washing utensils and lunch boxes in the washrooms of Parliament House complex”.

“This, apart from resulting in blockage of the drainage system and causing inconvenience to the users, also causes deterioration in the standard of overall cleanliness and hygiene.”

The competent authority has taken a serious view of the same, said the circular.

It further mentions that “all officers and staff are, therefore, requested to desist from washing their utensils, lunch boxes in washrooms of Parliament House complex and cooperate in maintaining desired level of cleanliness and hygiene”.

Instructions have been issued from time to time for maintaining high standards of cleanliness and hygiene in the Parliament complex including washrooms.

The General Works branch of the Lok Sabha issued the circular and distributed it to all officers and staff as well as the Rajya Sabha Secretariat and allied agencies of Parliament House complex. (Agency)