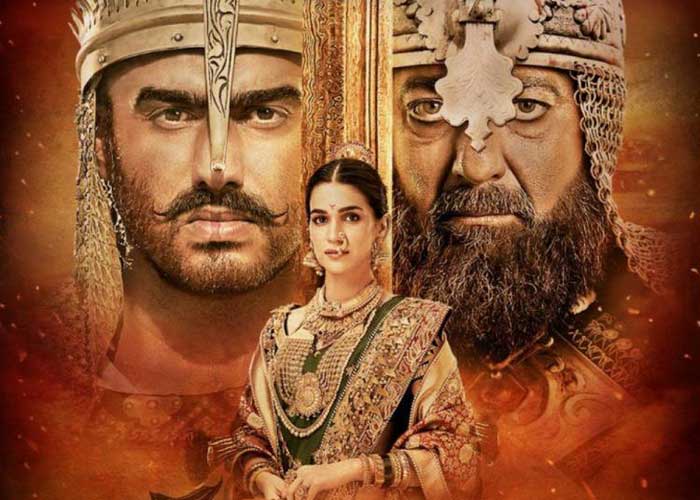 History tells you Ahmad Shah Abdali was a ruthless conqueror and shrewd battle strategist. He led a marauding Afghan army into India thrice, plundering all that crossed his path and leaving a trail of red in the waters of the Yamuna on each occasion. History tells you Abdali was 39 or 40 when he fought the third Battle of Panipat.

In Ashutosh Gowariker’s “Panipat”, a 60-year-old Sanjay Dutt plays out Abdali as a man without menace, an invader who almost seems apologetic all through for arriving in India and unsettling its peace. The Afghans he leads in the film are a bunch of cowards who scamper from the battlefield when cornered.

Bollywood history, of course, is normally written by its screenwriters to serve a very different purpose than enlightening viewers with authentic facts. It’s often about accommodating facts in a way that they narrate what we wish might have happened.

Gowariker’s “Panipat” dutifully follows that diktat, painting protagonists in black and white. At a rumoured budget of around Rs 70 crore, and returning after the triple blunders of “What’s Your Rashee?”, Khelein Hum Jee Jaan Se” and “Mohenjo Daro” over the past 10 years, the filmmaker perhaps had to play it safe with his latest.

“Panipat” in this context was always bound to draw a comparison. Gowariker has delved into history before. So, does the film scale “Jodhaa Akbar” class, or is it more of “Mohenjo Daro”?

Well, “Panipat” falls short of the “Jodhaa Akbara magic. For one, Gowariker’s latest misses the magic of AR Rahman’s music. Also, that film had the advantages of the Hrithik-Aishwarya chemistry and a solid script. “Panipata lacks edge in these areas.

However, Gowariker’s latest is not an abysmal apology as aceMohenjo Daro” either. Qualitatively, “Panipat” stands somewhere between “Jodhaa Akbar” and “Mohenjo Daro”.

To reiterate the gist, Gowariker’s new film is set in the 18th century. The Marathas reign over most parts of the subcontinent. The Mughal sultanate invites the Afghan invader Ahmad Shah Abdali to Delhi, in order to demolish the Maratha might.

As news arrives that Abdali is on his way to India for a third time, the Maratha Peshwa (Mohnish Behl) orders Sadashiv Rao Bhau (Arjun Kapoor, effective in most parts) to march northwards and thwart Abdalia¿s arrival at any cost. This sets the stage for the Third Battle of Panipat on January 14, 1761.

A historical drama for the screen rests on three primary factors. First it needs engaging storytelling. Second, the film needs to effectively build the aura of the era it portrays – through look, costumes, music and other props. Finally, the genre banks on strong characters, which need to be essayed with assuredness by the cast.

As far as storytelling goes, Gowariker has collaborated with three writers (Chandrashekhar Dhavalikar, Ranjeet Bahadur and Aditya Rawal) to set up the saga. There are the essential bursts of drama, minimal romance, some dialogues (Ashok Chakradhar) worth the rage, and sleekly filmed battle action.

The film, however, could have done with tighter storytelling, especially in the early parts. The screenplay is just about adequate as it sets up a slow-moving first half, which heads into the spectacular but predictable war climax.

For the lay audience who won’t nitpick about historical accuracy, the film is a visually stunning reconstruct of the past, brought alive by imaginative cinematography (CK Muraleedharan). The war sequences (Abbas Ali Moghul) aren’t extraordinary but these maintain ample drama, mixing facts and fiction.

Gowariker has always excelled in creating those little moments while setting up human relationship drama, amid the ambitious vision his films ride. “Lagaan”, “Swades”, “Jodhaa Akbar”, even aKhelein Hum Jee Jaan Se”, would bear testimony. Such moments also often prop up the efforts of his cast.

While on the cast, in “Panipat” where the narrative essentially moves towards setting up the stage for the big boys to flaunt their swashbuckling wartime machismo, it is interesting to see how Kriti Sanon manages to shine above the male cast. She is Sadashiv’s wife Parvati Bai, and she scores despite limited footage, with the few scenes worth note that the screenplay accords to her.

Overall, Ashutosh Gowariker’s latest has its moments. It is spectacular historical fiction riding some good performances, and likeable for the way it salutes valour. The impact could have been stronger with more imaginative storytelling.  (Agency)