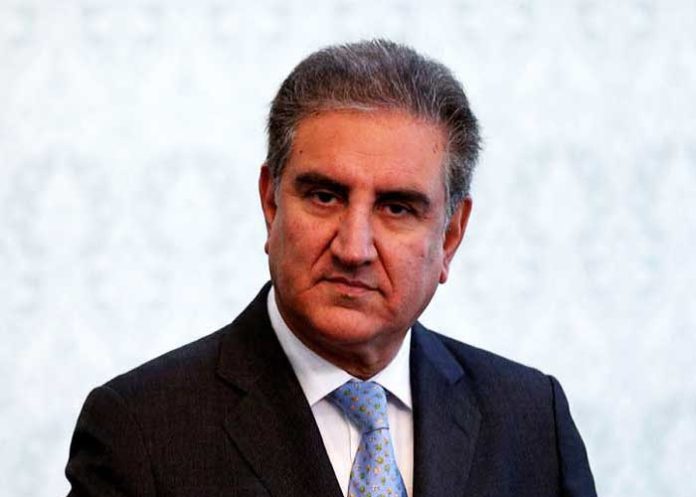 Pakistan’s lies have been exposed once again. A senior Pakistani journalist Hamid Mir has claimed that Pakistan lied at the United Nations Human Rights Council (UNHRC) that it has the support of 58 countries on the issue of Kashmir.

Mir clarified there was no such support as claimed by the Pakistani establishment.

Hamid Mir is an investigative journalist and a popular anchor person of Geo TV.

Putting the Pakistani leaders in the dock on the issue, Mir, in his report, said that admittance of failure and mistakes is the sign of the brave and hiding the truth is cowardice.

To put things in perspective, Mir wrote, “the question is very simple. Foreign Minister Shah Mahmood Qureshi claimed on September 11 in Geneva that he has tabled a resolution before the UNHRC about the alleged human rights violations in Kashmir with the support of more than 50 countries. The resolution demands that India should stop abuse of human rights in Kashmir.”

Mir said that India rejected Pakistan’s claims immediately after Qureshi’s statement in Geneva and said that the claim that Pakistan has the support of more than 50 countries for its resolution is nothing but an ‘utter lie’.

Next day on September 12, according to Mir, Pakistan Prime Minister Imran Khan thanked 58 countries for extending support to Pakistan on the issue of Kashmir.

Mir said that the Pakistani citizens were told that this is a big diplomatic victory for the nation on the issue of Kashmir.

“Pakistan, in fact, had to table the resolution at the UNHRC by September 19 against India so that a special meeting can be convened. For this, Pakistan needed the support of only 16 nations out of 47,” Mir wrote in his report.

Mir said, “even after the deadline ended, there was no resolution from Pakistan’s side. When I enquired about the claim of the support of 58 nations, I came to know that only 16 nations’ support was required for tabling the resolution.

Then why the resolution was not tabled. I was told to contact Qureshi on the issue. So, the question is very simple – when Pakistan did not have even the backing of 16 nations, then why lie was peddled to the people of Pakistan.”

Mir questioned his own government saying what was the need to claim that Pakistan has garnered the support of 58 nations, when in fact it had none.

“Is government diluting the Kashmir issue by peddling lies or is it really serious about it, who is fooling whom”, asked Mir.  (Agency)