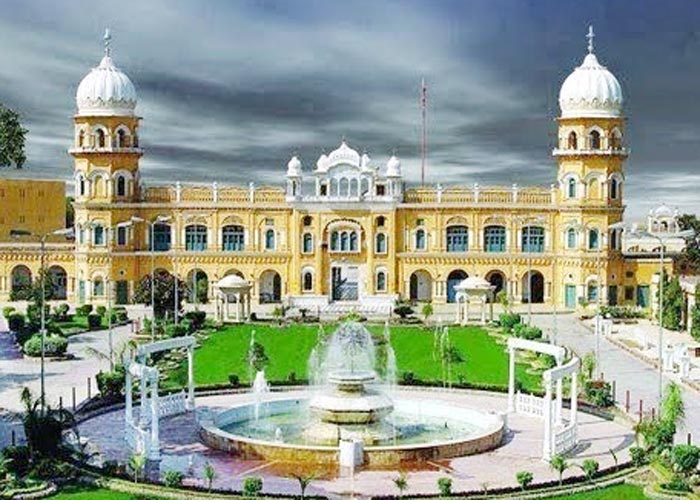 Pakistani authorities have decided to complete the process of issuance of visas to Sikh pilgrims from India and around the world to attend the 550th birth anniversary of Guru Nanak Dev in Nankana Sahib, by September 30, the media reported on Thursday.

The decision was taken during a meeting of the Religious Tourism and Heritage Committee (RTHC) chaired by Punjab province’s Governor Chaudhry Sarwar in Lahore on Wednesday, Dawn news reported.

After the meeting, the Governor told mediapersons that the visa process for the Sikh pilgrims would start on September 1 and complete by the end of the month.

He said work on setting up a “tent city” in Nankana Sahib, the birth place of Guru Nanak, would begin next week, adding that funds had been provided for completion of road from Sacha Sauda to Nankana Sahib and work on the project would begin shortly.

Besides India, Sarwar said a number of Sikh pilgrims would also arrive from the UK, the US and other countries to attend the convention.

“Pakistan will complete the Kartarpur Corridor Project by November regardless of India’s willingness to work on it or not,” Dawn news quoted the Governor as saying.

He said Pakistan would not compromise on the rights of minorities, adding that the country was “safe for the minorities”.

The Committee also reviewed arrangements that have been completed for the “International Sikh Convention” scheduled to be held at Governor House on August 31.

During the birth anniversary celebrations, special shuttle services will be launched from the railway station to the birth place Guru Nanak, the founder of Sikhism.

The proposed corridor will allow Sikhs to visit the shrine, located only a few km from the border, without visa.

Last month, a special Jatha of over 500 Indian Sikh pilgrims was given visas by Pakistan to visit Nankana Sahib for kick-starting the 550th birth anniversary celebrations of Guru Nanak who spent his final days there.

The gurdwara, located on the bank of river Ravi in Pakistan, is about 4 km from the Dera Baba Nanak shrine in India’s Gurdaspur district, and about 120 km northeast of Lahore.

Guru Nanak had lived there for 18 years until breathing his last in 1539.  (Agency)