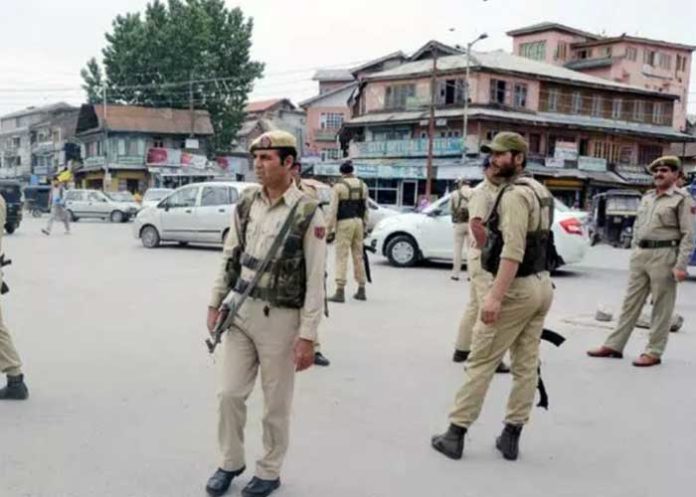 Pakistan, which has been using social media to provoke unrest in Kashmir Valley, has now adopted a ‘poster war’ technique asking people to unite against India’s decision to abrogate Article 370 granting special status to Jammu and Kashmir.

Several posters showing Pakistan Armed Forces spokesperson Major General Asif Ghafoor have come up in the old city here asking people to fight against the revocation of Article 370, and appeals to them to combat the measure till the last bullet.

“For Kashmir, every soldier will fight till his last bullet,” the poster read.

It also appealed to the people of Kashmir to unite against the abrogation of Article 370.

Put up in the old city area, which is considered a separatist stronghold, the posters also discuss the security clampdown in the Valley and the communication blackout.

The Indian government had decided to abrogate Article 370 on August 5.

As a precautionary measure following the abrogation of Article 370, the Indian government suspended telephone, mobile and Internet services in the Valley and deployed heavy security to control any untoward incidents.

The clampdown is currently being relaxed in stages, while mobile and telephone connections have been restored in several areas.   (Agency)