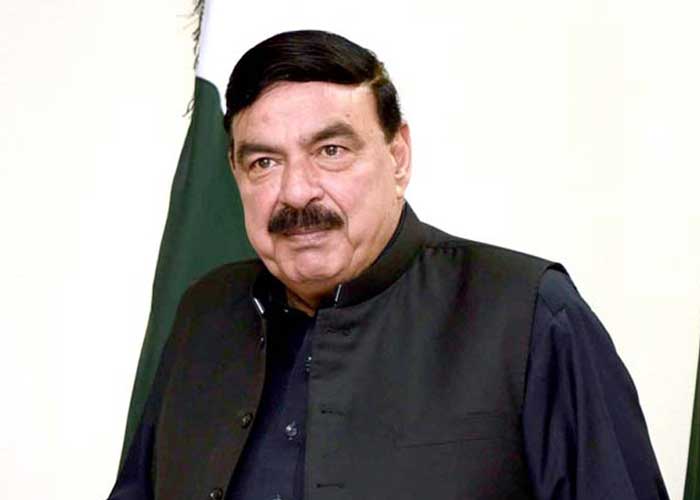 Talking to the media after inspecting an under-construction railway station building in Nankana Sahib on Sunday, Ahmad warned the Narendra Modi government of “any eventuality”, Geo News reported.

“Pakistan has 125-250 gram atom bombs (tactical nuclear weapons), which may hit (and destroy) a targeted area in India,” the Minister was quoted as saying by Pakistani daily The News.

His comments seemed to refer to remarks by Indian officials, including Defence Minister Rajnath Singh, which said New Delhi was in the process of reviewing the “no first use” nuclear policy in light of the changing circumstances in the sub-continent.

Ahmad, who last week got an electric shock from the mike while launching a broadside against Modi over Kashmir, likened the policies of the Indian government to “the fascist regimes of World War II villains Adolf Hitler and Benito Mussolini”.

“The ideals of Modi are contradictory to those of (Jawaharlal) Nehru and (Mahatma) Gandhi,” the Minister said and added bilateral agreements with India stood dissolved after its August 5 decision to revoke Jammu and Kashmir’s special status.

“India has committed two blunders. The first one was conducting atomic explosions with a perception that Pakistan would not follow suit. The second was on August 5 to scrap the special status of IoK with a view that the people of Kashmir would not react to it,” he said.

The Minister also announced the railway station in Nankana Sahib would be named after Guru Nanak. “The Baba Guru Nanak railway station will play a vital role in religious tourism in Pakistan, according to vision of Prime Minister Imran Khan,” said Ahmad.

Earlier, he had predicted a “full-blown war” between Pakistan and India in October and November. Addressing an event in Rawalpindi, Ahmad had said it would be the last war between the two nations and added he was on the path to prepare for this war.  (Agency)