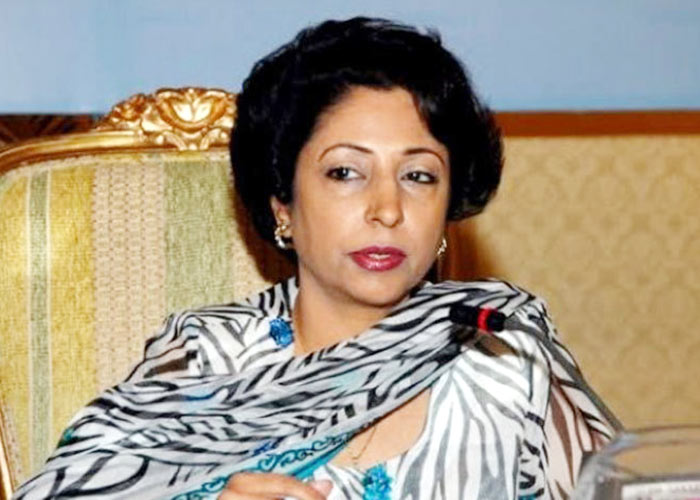 The Pakistan Foreign Office has rejected that the country’s former Permanent Representative to the UN Maleeha Lodhi was removed from her position, a media report said.

“There is no truth whatsoever in insinuations that Maleeha Lodhi was ‘removed’ for any reason,” Foreign Office spokesman Mohammad Faisal tweeted on Friday.

Explaining the reason behind the new appointment in the UN, the spokesman said Lodhi had completed her tenure, reports The News International.

“She completed her tenure and as FM has said, she served Pakistan with distinction and commitment and organised the Prime Minister’s successful UNGA visit with skill and dedication,” the spokesman said in another tweet.

The Foreign Ministry on Monday said Munir Akram was due to replace Lodhi as Pakistan’s new Permanent Representative to the UN.

Akram, who has previously served at the same post from 2002 to 2008, would be stationed at the UN’s New York headquarters.  (Agency)