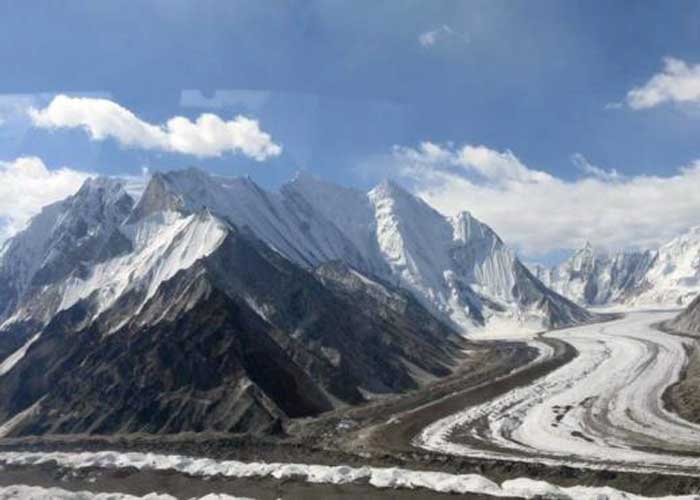 Pakistan is baffled by India’s decision to open Siachen, the world’s highest battlefield, for tourists and said that Pakistan can’t expect anything good or positive from India, as per media reports.

Addressing the weekly media briefing on Thursday, Pakistan Foreign Office spokesperson Muhammad Faisal said, “India forcibly occupied Siachen Glacier and it is a disputed area. How can India open it for tourism?”

Faisal also alleged that India was creating hurdles for pilgrims visiting Kartarpur, which was opened earlier this month, to celebrate the 550th birth anniversary of Guru Nanak Dev.

Speaking about the London-based Muttahida Qaumi Movement founder Altaf Hussain who has sought asylum from India, the spokesperson said: “It is a issue of serious concern and a comprehensive response will be issued soon.”

Referring to the abducted Pakistan army retired Colonel Habib Tahir, reportedly killed in a torture cell after he went missing in Nepal two and a half years ago, the spokesperson said: “I have seen the death certificate which looks fake. It is obviously a campaign of sensationalization being undertaken by hostile agencies against Pakistan and its nationals.”

He said the family of retired Colonel Habib Tahir and Pakistan remained extremely concerned about his whereabouts.  (Agency)