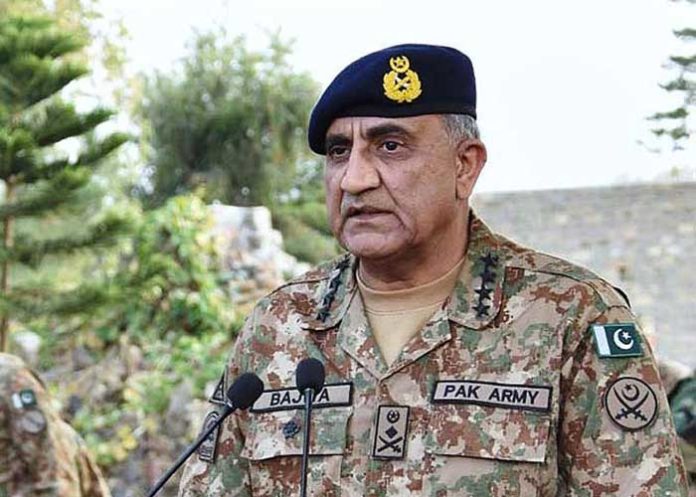 In a move that has set off speculation of a soft coup, the Pakistan Army chief Gen Qamar Bajwa called industry leaders for a meeting in Rawalpindi, the Army headquarters, to tackle the sliding economy, and according to reports, more such meetings are on the anvil.

Though the Army’s media wing, Inter-Services Public Relations (ISPR), was at pains to explain that it was part of the “interplay of economy and security”, the signs were obvious.

Pakistan Prime Minister Imran Khan is largely seen as a “selected Prime Minister” (selected by the Army) and not elected. With Bajwa, the Chief of the Army Staff (COAS), now holding parleys with industry leaders in an effort to revive the economy, the indications of a soft coup are visible.

The Imran Khan government has been seeking loans from all friendly countries, including Saudi Arabia, the United Arab Emirates and China, and also the International Monetary Fund, to tide over the cash crunch. But the financial situation appears not to have improved after his one year in government.

According to a detailed report in the Dawn newspaper, the meeting with Bajwa “was held in a comfortable and cordial atmosphere” and its main purpose was to focus on areas where an economic revival could be brought about, as well as building confidence between the government and the business community.

The meeting began with a dinner at 8 p.m. on Thursday, and the talks continued till 1.30 a.m. Fiday. During the talks, held in the auditorium of the Army headquarters, the COAS was flanked by the government’s economic team, Financial Adviser Abdul Hafeez Shaikh, Federal Board of Revenue Chairman Shabbar Zaidi and Minister Economic Affairs Division Hammad Azhar.

Bajwa spoke briefly in the beginning. “He was good humoured, was very well-informed,” one participant told Dawn. “He had a very strong message that they are on the same page with the government, and asked the attendees to look ahead, not backward, and help sort out the economy.”

Bajwa told the participants that “years of excess will not change overnight, things will take time to rectify, but business as usual cannot continue”.

After that, the government officials spoke.

The Army chief then called upon tycoon Mian Mansha to open the discussion from the business side. Mansha is founder and CEO of the Lahore-based international conglomerate Nishat Group.

Mansha spoke of the state-owned enterprises and the heavy burden their losses place on the national exchequer and underlined that there is no road forward other than privatisation. He turned to the construction sector as a possible site for revival of the economy.

All the participants stressed the point about the National Accountability Bureau (NAB) interfering in business activities.

“There was a lot of noise about the NAB,” one person told Dawn.

“There is nobody left that NAB has not taken notice of,” said another.

Khan has decided to set up a four-person committee that will decide whether the accountability watchdog action is warranted or not, a source told the newspaper.

The textile sector spoke of their problems.

The ISPR in a statement said: “Sequel to discussions and seminars on aInterplay of economy and security, a concluding session of stake holders hosted by COAS was held at Army Auditorium. Government economic team and businessmen of the country participated.”

It said that Bajwa apprised participants about improved internal security environment of the country which has enabled space for increased economic activity. He said that “national security is intimately linked to economy while prosperity is a function of balance in security needs and economic growth”.

He said the aim of the discussions and seminars was to bring stake holders at one platform to formulate recommendations for a synergistic way forward.  (Agency)