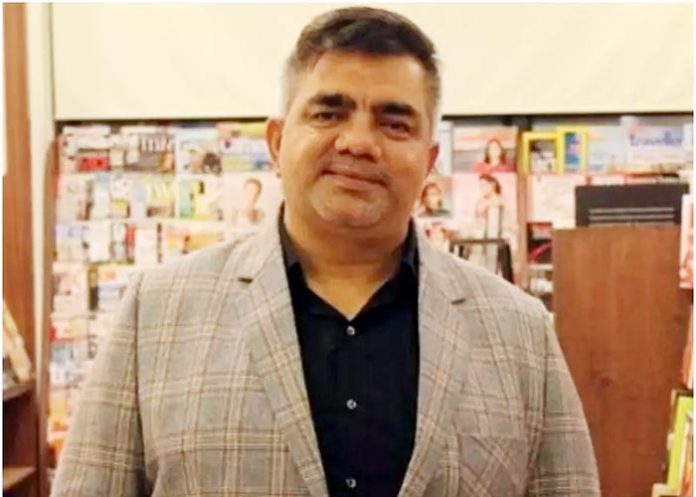 Stressing that he still misses the thrill of reporting on crime, but considering the era where even tweets from a celebrity can become front page news, one of India’s best known crime writers and former journalist S. Hussain Zaidi, is sure, “It would have been against my principles to be a part of such a media-circus.”

Talking about ‘Golden Pen’ which he conceived with Jaspinder Kang, Zaidi says that he would like to put forward path breaking stories for smarter audiences who are tired of cliched and hackneyed stuff. “The medium for us is incidental, so of course our content is open for OTT and cinema and we are already working in that direction by collaborating with production houses.

Golden Pen, which recently partnered with Westland Publications to co-publish a series of books provides a platform for not just established authors but even fresh talent to tell their stories to the world and we’ve been working on this project since 2018,” he said.

Kang added, “We realize that while Hussain is a gifted and prolific writer, he can do only so many books himself. The big idea is for him to mentor writers and hence generate a multitude of books and content under his tutelage, thereby ensuring high standards.”

Zaidi, known for his exhaustive research admits though it is the key component but it is important to realise that the research is not the story. “The story is the combination of multi dimensional characters, plot and narrative and a lot more. I may begin with the research but I never lose sight of the story.”

For someone who was once kidnapped during an assignment in Iraq, it is painful to see the state of contemporary Indian news television. “It seems the days of serious journalism on television are over.

Anchors shouting from the studio are catering to a specific audience, knowing that the latter would fall for it. Is it not high time that people smarten up and start demanding better quality journalism? It is painful to see such a serious profession reduced to soap opera.”

No stranger to encounter killings, something he has written about extensively in newspapers, books and film scripts, Zaidi insists that he is not really a fan of extra-judicial forms of justice.

“In some cases, it can serve as a deterrent. We did see the encounter cops finish off organised crime in Mumbai but then, all of them had to be restrained by the authorities later as they had become the judge, jury and the executioner. Hence, drawing the line is essential when it comes to encounters.”

For someone who feels that writing non-fiction is tougher as one has to tell a story while staying true to the facts, Zaidi added, “With fiction, there is creative liberty and that makes things easier for me.”

Believing that cinema is an entirely different medium and the director should have all the right to follow his vision, the author does not really have a problem letting go. “It is important to be passionate about your work, but you shouldn’t get so emotionally attached to it that you reach a point where you cannot review it objectively. Generally, I have been happy with how the adaptations have turned out,” he concluded.  (Agency)