Home National Over 1,800 weddings postponed in Lucknow in Lockdown 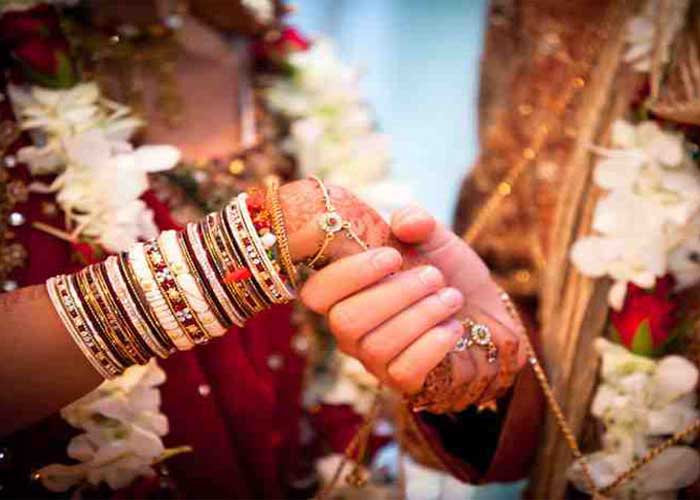 Over 1,800 weddings, scheduled to be held in Lucknow during April and May have been postponed due to the lockdown.

This is a conservative estimate and is only related to those who had booked hotels for the weddings.

This has impacted the employment of about four lakh persons working in the different sectors like hotels, marriage lawns, community centres. restaurants, florists, band, tents, music and decorative lights.

Surendra Sharma, President of the hotel and restaurant association in Lucknow, said, “There are about 800 small and big hotels in the state capital and almost all of them were booked for the wedding season. Though the cancellation of bookings has led to losses and unemployment, we can safely say that the sector has suffered a loss of around Rs 125 crores.”

He further said that lakhs of people are employed during the wedding season.

“There is tremendous scope for ‘seasonal employment’ for this. From tailors, washer men, waiters, cooks, florists and beauticians-people are employed for the season. This has led to loss of living for these people,” Sharma said.

According to the manager of a five-star hotel, while some customers have cancelled bookings and taken refund, many have decided to extend the date to May and June.

“However, after reports of the lockdown being extended, we are not sure if people will opt for a May wedding,” he said.

Ratnesh Agnihori, whose daughter’s wedding was planned for April 8, then shifted to May, said, “I think we will either postpone it to next year or making it small and simple. Most of my relatives live in Europe and unless restrictions on international travel are lifted, they will not be able to come. I really do not know when it will be convenient to hold the wedding because now all academic sessions will undergo major changes also. We had even distributed wedding cards.”

Ranjit Mishra, who works as a private security guard, said that he had taken a loan of Rs 1 lakh and all preparations for his daughter’s wedding had been finalized.

“I had paid the advance amount to caterers etc. and now the those who had given the loan and wanting their money back. I cannot afford to make fresh arrangements for the wedding now,” he said.  (Agency)