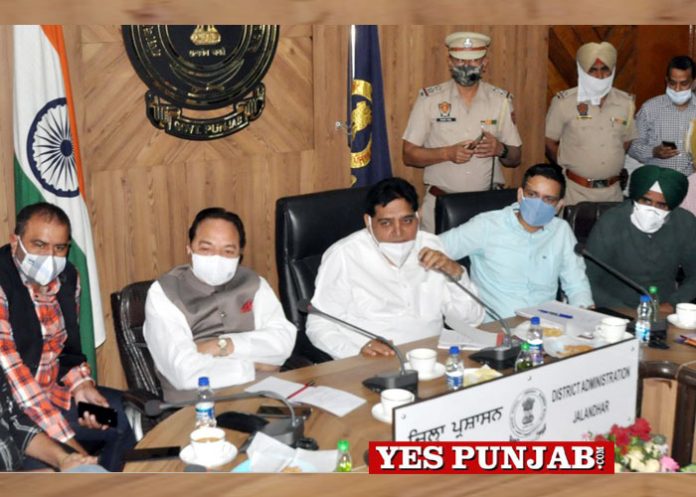 Punjab Industry and Commerce Minister Sunder Sham Arora on Thursday announced that the Punjab government is set to unveil a one-time settlement policy (OTS) within a few days for resolving the long pending issue of C-forms and others, raised by the industrialists in Punjab.

Addressing the industrialists here today after listening to their problems in the district administrative complex, the Minister said that OTS policy would provide the maximum relief to them and would be formally launched by Chief Minister Capt Amarinder Singh in the coming days.

He said that officials are on the job to complete the terms of the policy so that it can facilitate the industrialists who were facing problems due to the C-forms.

He said that the industry in Punjab was facing unprecedented crisis due to non-operation of goods trains as export or import worth Rs 2000 crore was stuck amid the farmers’ protest.

Describing the industry as the backbone of the state’s economy, the Minister said that every problem of industrialists would be solved on top priority.

Arora said that the state government was committed to ensuring holistic development of the industry in the state.

The Minister listened to the various problems raised by industrialists from Hand Tools, Leather, Sports, Auto Parts, Surgical, Textiles and directed the officials from Industry, PPCB, Factories, PSIEC, PSPCL departments and others to give topmost priority to the settle all the issues as soon as possible.