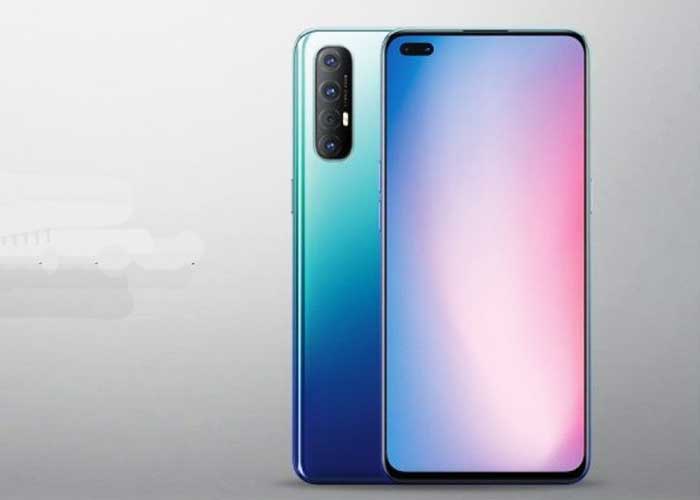 Chinese smartphone maker OPPO has launched yet another impressive smartphone, the ‘Reno 3 Pro’ in the Indian market.

The smartphone starts from Rs 29,990, and there are two RAM and storage combinations — 8GB RAM with 128GB storage, and 8GB RAM with 256GB storage.

The device is available in three colours: Auroral Blue (the one we reviewed with 128GB varient), Midnight Black and Sky White.

Here’s our take on the latest Reno offering.

The device features 6.4-inch Super AMOLED display with a screen-to-body ratio of 91.5 per cent. It has a resolution of 1800×2400 pixels, which is acceptable at this the price point. The display is bright enough to use outdoors.

The display has a pill-shaped cutout on the top, which houses the two front cameras while the punch-hole is on the left side of the display.

The back of the phone is plastic and quad camera setup is placed vertically with a flash.

The normal buttons (power, volume) and the SIM tray are placed at left while power button is at the right side of the device.

There is a USB-C port for charging and file transfers, plus a 3.5mm headphone jack.

For photos and videos, the smartphone has the quad rear camera setup that includes a 64MP sensor with an f/1.8 lens.

The rear camera setup also has a 13MP telephoto shooter with an f/2.4 aperture and an 8MP ultra-wide-angle shooter with a field of view (FoV) of 119.9 degrees.

There is also a 2MP mono sensor with a pixel size of 1.75 microns. The rear camera setup supports 5x hybrid zoom and up to 20x digital zoom.

The cameras appear to work well together and the results from the hybrid zoom and the portrait mode were impressive. The smartphone clicked some really good photos in daylight conditions with subjects being sharp.

For low-light situations, OPPO included a Night Mode along with an Ultra Dark Mode which are quite efficient.

The selfies we shot had punchy colours and good amounts of detailing in different light conditions.

It is also the first phone to house the MediaTek Helio P95 processor, which was unveiled couple of days back.

It is an octa-core processor with two Arm Cortex A75 cores and six Cortex A55 cores. Supporting the processor is 8GB of RAM and 128GB of storage.

The smartphone has a feature called the Hyper Boost, which is most suitable for games and graphics-intensive apps and during our review, we were able to play PUBG on its highest settings without any lag.

The device runs Android 10 with ColorOS 7 on top.

The battery on the Reno 3 Pro has a 4025mAh capacity, which easily powered the phone for a day in a normal usage during the review period.

The smartphone comes with 30W fast charging technology that is claimed to fill the battery completely in under 60 minutes.

Conclusion: In terms of specifications, like the MediaTek P95 processor and the 1080p screen, the OPPO Reno 3 Pro is a good mid-range Android companion in the sub-Rs 30,000 category.  (Agency)