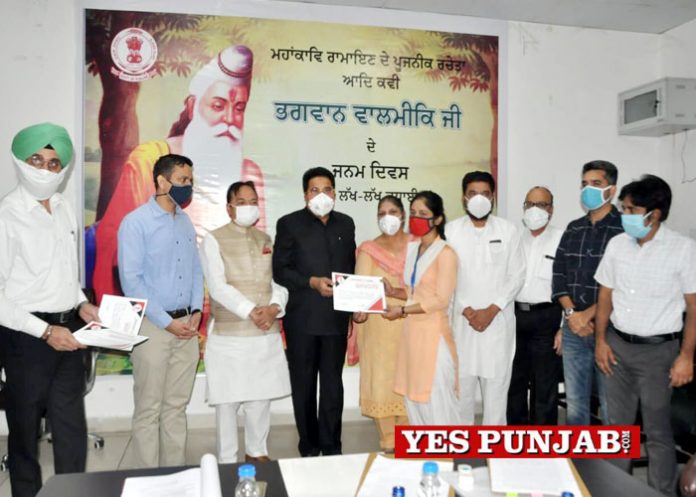 Soni said that to facilitate SC students for pursuing higher education in government and private institutions, Chief Minister Captain Amarinder Singh led state government has increased the family income criteria for this scheme from earlier Rs 2.5 lakh to Rs 4 lakh to accommodate more students as this scheme to be effective from academic session 2021-22.

The minister said that the scheme will apply to persons belonging to Scheduled Castes (SC), who are domiciled in Punjab and have done matriculation from Punjab (including Chandigarh).

Divulging further, Soni said that total financial implication of the proposal is estimated to be about Rs.600 crore. Of this, the tentative liability of the Government institutions would be about Rs.168 crore and the remaining Rs.432 crore would be borne by the private educational institutions and the government, he added.

Since the revised scheme envisages reimbursement of 60% to the private institutions by the state, the liability of the Government on this account would be 60% of Rs.432 crore i.e. about Rs.260 crore, the minister added.

The minister stated that the scheme will come as a major relief to lakhs of SC students who were deprived of the opportunity to pursue higher learning after the Government of India suddenly withdrew from its Post Matric Scholarship Scheme in 2018. Since then, the state government has not been able to avail any grants under the Centre’s scheme.

The minister said that Chief Minister Captain Amarinder Singh led Punjab Government has fulfilled its promise with SC students within short period since the Union Government had left these lakhs of students in lurch by discontinuing grant to state under Post-Matric Scholarship Scheme.

Thanking Captain Amarinder Singh for this much needed endeavour to protect the future of SC students, Soni said that the Centre had deliberately bereft the SC students from pursuing higher education.