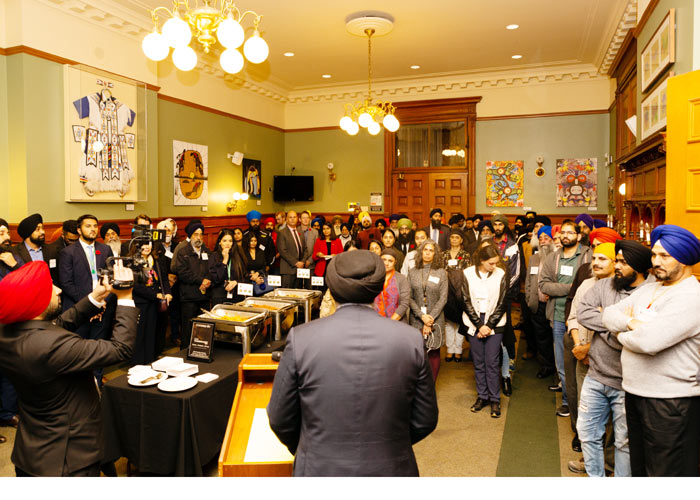 Community members and elected Members of Provincial Parliament (MPPs) gathered inside Queen’s Park for the speaking portion of the evening and wrapped up with a candlelight vigil for the victims outside on the South Lawn.

The community was deeply moved by their messages of compassion, sorrow and solidarity.

The keynote speaker for the event was Dr. Tarunjit Singh Butalia, Associate Professor at the Ohio State University and Trustee at the Parliament of the World’s Religions. He shared powerful witness testimony and discussed the importance of the journey towards truth and justice.

Both OGC and OSGC would like to thank members of the media and community who attended this event. We would also like to thank our elected officials who took time out of their busy schedules to attend the commemorations. Both organizations are committed to continuing to remember the victims of the 1984 Sikh Genocide and the pursuit of justice for the victims and their families.