Home Punjab Only quality education can dispel darkness of ignorance and fight scourge of... 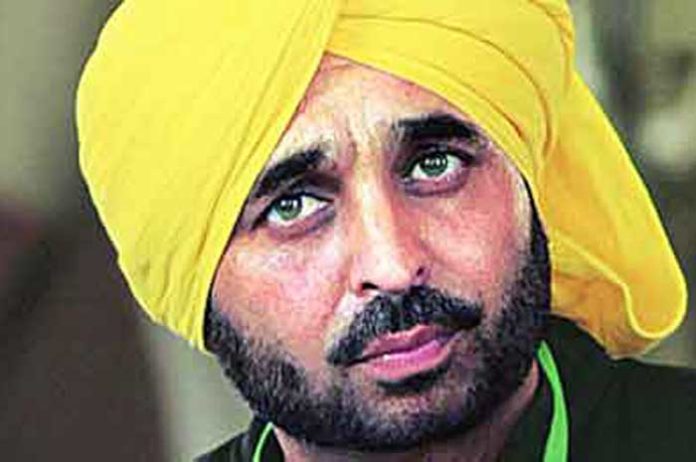 Chandigarh, August 31, 2019 (Yes Punjab News)
State president of the Aam Aadmi Party (AAP) and parliamentarian Bhagwant Mann, said here on Saturday that only quality education could fight the all-pervading clouds of ignorance and poverty in the country and state.

Citing an example of a Satnam Kaur, a girl hailing from a poor family of Dona Nanka border village under Fazilka district, Mann said that Kaur had proved the point that quality education could take you to the dizzy heights of success.

Mann said that Satnam Kaur was currently pursuing B.E.Sc degree at Guru Angad Veterinary Science University, Ludhiana, to live her dreams of becoming a veterinary doctor. This pushy girl had bagged 72nd rank in the combined entrance test for MBBS but failed to seek admission in Punjab since she did not fulfill the statutory condition of 12th from a state other than Punjab.

In a statement issued from party headquarters in Chandigarh, Mann said charged with emotions “Today it was a momentous occasion and a moment of joy for me and thousands of others to meet this illustrious Satnam Kaur, who had bagged the top position in the 5th standard exam at Dona Nanka Government Primary School braving extreme poverty”

Mann said ” I was so excited at the stupendous achievements of Satnam Kaur, that I could not stop back from meeting her personally at her village. I decided to drive down to Dona Nanka in Fazilka border village to meet this achiever.

I had the opportunity to meet the school headmaster, who said all good things about this brilliant child. However, all my excitement came crumbling down when her friends told me on their own that Kaur had to work as a farm hand earning Rs 20 a day, adding that parents of this promising child had already expressed their inability to continue her study and this gritty girl while fighting abject poverty and became a role model for her ilk”

Mann applauded the efforts of some local and other NRIs, who came to her rescue to support her to seek admission in the Baru Sahib Academy where Satnam Kaur completed her MBBS and veterinary degrees after matriculation, and was all poised to be a veterinary doctor. Mann on the occasion called upon the civil society to come forward to support the youth who were brilliant but belonged to poor backgrounds.

Expressing gratitude to the AAP leader, an emotional Satnam Kaur said “Bhagwant Mann sir’s visit to this far-flung village of mine has changed my life and that of my family and others who were wrestling with an abject poverty.”