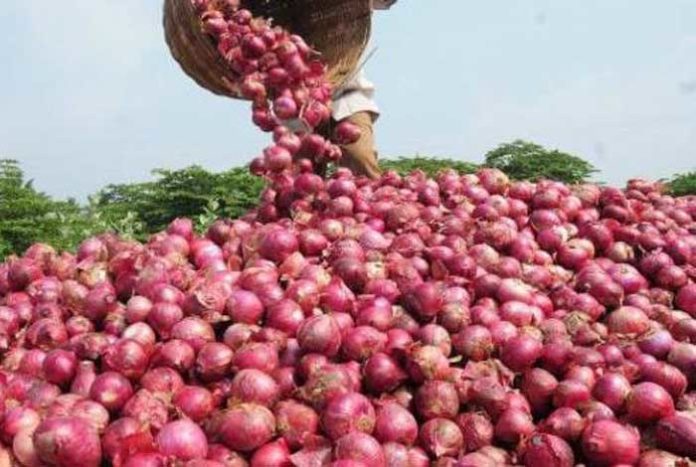 Onion prices have hit a new high in Delhi and elsewhere on Tuesday amid disrupted arrivals. Wholesale onion prices were quoted at Rs 37.50-112.50 per kg, an all-time high at Azadpur mandi in the national capital.

“If arrival of onions from Afghanistan does not increase today, the price would cross Rs 200 per kg in Delhi as domestic supply of the crop has dropped significantly,” an Agricultural Produce Marketing Committee (APMC) said.

He said the rise in wholesale prices of onion will reflect in the retail market in the coming days.

In retail markets, onion was priced in Delhi and NCR at Rs 100-150 per kg on Monday. The traders anticipate a further hike in retail prices in the coming days.

The arrival of onion has decreased significantly as farmers have stopped harvesting new crop after rainfall in the several parts of the country recently which increased the moisture in soil, said trade sources.

The onion supply from overseas was around 279.1 tonnes in Delhi on Tuesday while total arrival including domestic supply was estimated to be around 566.5 tonnes, according to APMC figures.

Rajendra Sharma, President of Onion Merchant Association, said: “Farmers have stopped harvesting onion as the soil has lot of moisture due to which acute shortage in supply is seen.”

According to him, the supply will increase if the weather condition improves.

As a measure to check hoarding and keep prices of onion under control, the Centre has imposed stock limits of 50 tonnes and 10 tonnes for wholesalers and retailers, respectively, last month which were further revised to 25 tonnes and 5 tonnes.

Again, the government reduced the stock limit for retailers further to 2 tonnes recently.

Besides, the Central government has also decided to import 1.2 lakh tonnes of onion to improve its availability in the country and first consignment of the onion sourced from Egypt is said to have reached Mumbai port.  (Agency)