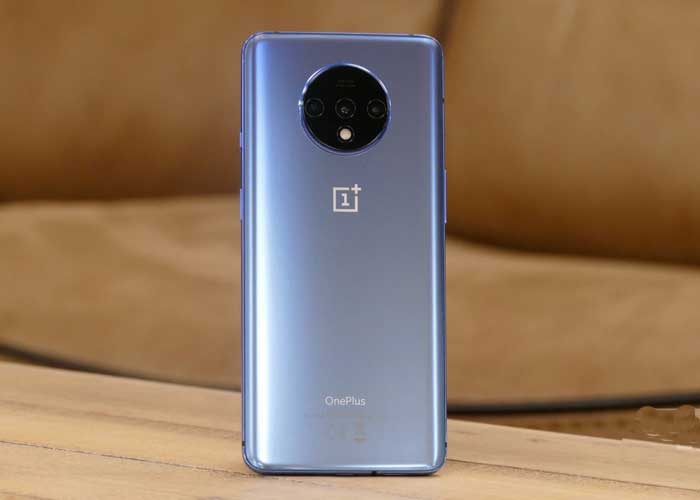 Chinese smartphone maker OnePlus broke its two-phones-a-year strategy this year with launching two devices in the OnePlus 7 series in the first half and the OnePlus 7T now.

However, like every year, the handset maker has unveiled the ‘T’ iteration with additional upgrade. The firm has been following this strategy since the launch of OnePlus 3 in 2016.

The OnePlus 7 has a form factor that is smaller than the 7 Pro but larger than the ‘7’. It is also heavier than OnePlus 7 and weighs a little less than 7 Pro.

We used the Glacier Blue OnePlus 7T with a configuration of 8GB+256GB that was launched for Rs 39,999 in India and here’s our verdict of the smartphone.

OnePlus has brought quality handsets for a relatively cheaper price (when compared to other flagship Android phones) and this phone follows suit.

Talking about physical appearance, the handset sports a big 6.55-inch screen and an aspect ratio of 20:9 with a small tear drop notch that sits at the top.

The Fluid AMOLED screen has a 90Hz refresh rate that translated into smooth scrolling and switching between apps. Contrast and colours were good but they looked way better in the ‘vivid’ mode.

The display is inferior when compared to the pricier 7 Pro and were a little warmer in tone as well.

The rear circular camera module does not sit flush. In fact, the huge bump makes it quite wobbly when placed on a flat surface. It is prone to scratches and damage if used without a protective cover.

The frosted rear was better than most glossy phones and had better resistance against fingerprint smudges.

Despite having curved edges, this is definitely not very ergonomic and operating it with single hand would be a difficult task.

There’s no official IP rating against water and dust resistance which is a big disappointment.

The physical slider for tweaking the alert modes is still on the right but OnePlus has done away with a standard 3.5mm jack in favour of a USB Type-C.

The triple camera set up is a combination of a 48MP main sensor, a 16MP sensor and a 12MP lens.

All images came out nice in bright light but the camera struggled to produce detailed results. A little noise in the photos was always there. Also, the background blur looked a bit artificial at times.

Battery capacity is 3,800mAh which is supported by Warp Charge 30T and according to the handset maker, it is faster than Warp Charge 30. Once again, there’s no wireless charging.

Despite a slight increase in the batter capacity from the 3,700mAh battery on OnePlus 7, the 90Hz screen and energy consuming Qualcomm Snapdragon’s latest 855+ chipset let this phone deliver average battery life at best.

OnePlus’ proprietary “OxygenOS” based on Android 10 made zipping between apps and multi tasking impressively smooth. Gaming was super easy too, thanks to an upgraded processor.

Conclusion: The OnePlus 7T competes directly with Asus’ new ROG Phone II which, interestingly, is available in the same configuration and has a higher 120Hz display.

OnePlus 7T looks good, has fluid performance and a sharp screen. However, in the camera department, we think it could be a bit better.

Those looking for a better camera phone should consider Pixel 3a which also has a small form factor. If camera is not the priority, then everything else about OnePlus 7T should tick.  (Agency)