Home Global One Sikh, 4 Hindu Indian asylum seekers on hunger strike in US... 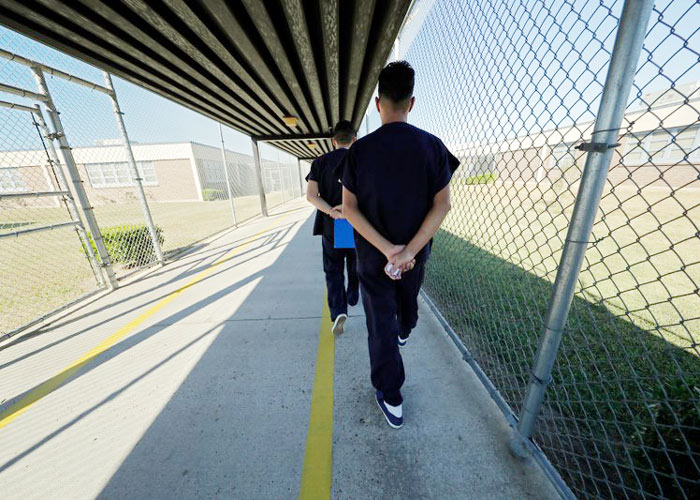 Five Indian asylum seekers have been on a hunger strike for 90 days at a detention centre in the US state of Louisiana, a media report said.

Each of the men — four Hindus and one Sikh — have formal sponsors in the US who have committed to housing and supporting them while they fight their asylum case, the American Bazaar report said on Wednesday.

The men coming from different parts of India have varied reasons for seeking asylum in the US, and their legal situations are also varied, according to the report.

It added that all the five men were undergoing forced-hydration and force-feeding at the La Salle detention centre in Jena.

Volunteer Michelle Graffeo from the San Francisco-based NGO, Freedom for Immigrants has been regularly visiting the men in the facility.

After a recent meeting with two of them, she said: “It was reported to me that three of the five men are now being held in isolation as punishment for not drinking Boost.

“This means that they are alone for 24 hours a day and all five men are wheelchair bound and unable to get out of bed without assistance.”

Freedom for Immigrants has filed complaints with the Department of Homeland Security (DHS) Office of Civil Rights and Civil Liberties (CRCL) on behalf of the five men, demanding the DHS address the systemic civil rights violations the five asylum seekers have faced in custody.

Many asylum seekers from South Asia in the past have also resorted to hunger strike to protest against the inhumane conditions they are held in at detention facilities, the American Bazaar report said.

According to the South Asian Americans Leading Together civil rights organization, the pattern of abuse towards South Asians in detention facilities include inadequate language access, medical neglect, solitary confinement as well as high bond amounts.  (Agency)