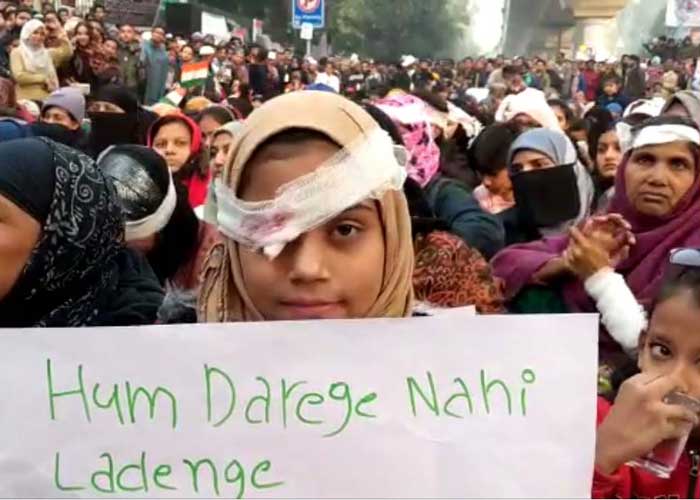 Wearing bandages in one eye to express solidarity with a fellow student who lost his eye in the police crackdown on December 15, Jamia Millia Islamia students continued their protest, which entered the 17th day on Sunday, supported by student organisations and local residents.

Protestor Aslam said this action of bandaging one eye is in solidarity with Mohammad Minhajudin who has lost an eye but still no action has been taken against the police officers responsible and the force which created havoc in the campus.

The anti-Citizenship Amendment Act protest has now turned into an anti-National Population Register protest with students saying this is a step towards the National Register of Citizens. The protest in Shaheen Bagh is continuing day and night with scores of citizen coming to support it, despite the bitter cold.

The protests, which start in the morning and end by the evening, have gained momentum since the crackdown in Jamia.

The protesters had also marched towards UP Bhawan here on Friday to protest the crackdown in the Aligarh Muslim University but were stopped by police.  (Agency)