Home Global Once close to Imran Khan, now creating problems for him 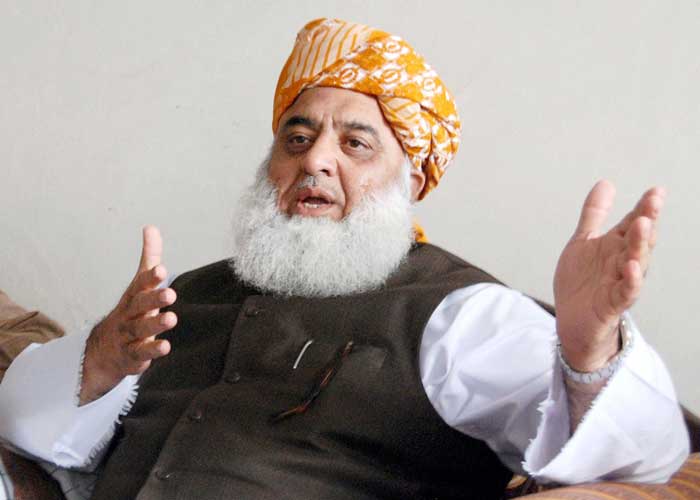 The meeting of Army Chief General Qamar Javed Bajwa with businessmen and the announcement of the ‘Azadi’ march by Jamiat Ulema-e-Islam Chief Fazlur Rahman clearly indicate that the Pakistani Army and the extremist groups, which helped Pakistan Prime Minister Imran Khan to oust the main opposition Pakistan Peoples Party (PPP) and Pakistan Muslim League-Nawaz (PML-N), are now creating problems for the cricketer-turned-politician.

Imran Khan, who is facing criticism for the sluggish economy, was still raising the Kashmir issue even after returning from the United Nations General Assembly but the Army chief and the Jamiat Ulema-e-Islam chief preferred to share their plans in view of the ground reality.

Imran Khan established his political party, Pakistan Tehreek-e-Insaf (PTI), on April 25, 1996. It gained prominence among the youth and in the 2013 elections his party formed the government in Khyber Pakhtunkhwa. The PTI came to power in the July 2018 national elections and on August 17, 2018 Imran Khan took over as the 22nd Prime Minister of Pakistan.

Though Imran Khan won the elections and formed the government he failed to meet the expectations of the youth and the common people. Poverty and unemployment was the highest within one year of his governance. This is the reason why he is being questioned about the ground reality whereas he is still trying to divert attention through his anti-India statements and raising the Kashmir issue.

Jamiat Ulema-e-Islam (JUI-F) chief Fazlur Rehman on Saturday announced the ‘Azadi’ march as a war against the government and said that it would “only end when the government falls”.

“The entire country will be our war zone,” he told reporters at a press conference in Peshawar.

The JUI-F leader has announced setting out on the march against the government on October 27 that will culminate in the capital, where the party plans to hold a protest.

“Our strategy will not remain stagnant. We will keep changing it to cope with [any] situation,” he said. He insisted that a “flood of people from all over the country” was coming to join the march and the “fake rulers will drown in it like a straw”.

Both the PPP and the PML-N – the two major opposition parties – have been non-committal on the issue of participation in the march. The PML-N had urged Rehman to delay the march, while PPP chief Bilawal Bhutto-Zardari said on Friday that he would hold a party meeting to decide “the extent to which [they] can help” Rehman.

Prime Minister Imran Khan has said that JUI-F chief Maulana Fazlur Rehman would not be able to exploit the “religious card” against the government at the behest of the PPP and the PML-N.  (Agency)