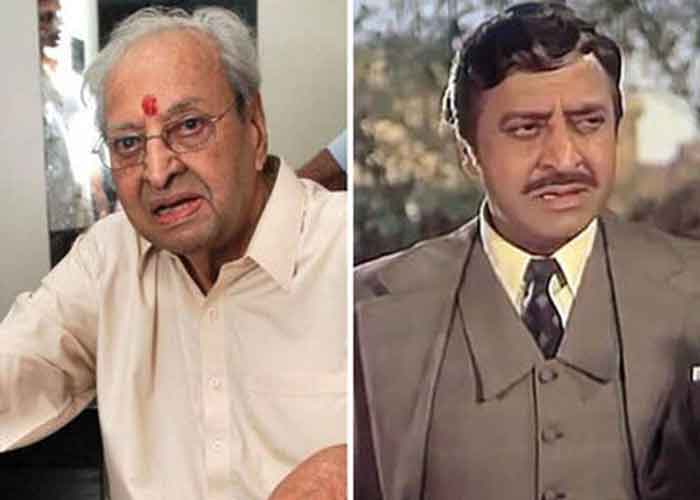 ‘Iconic screen villain Pran would have lived to be a hundred on Thursday, February 13, and a few B-town personalities including veteran actor Amitabh Bachchan took to social media to remember the late actor as a fine artiste and gentleman.

Big B shared screen space with Pran in several superhit films including “Zanjeer”, “Kaalia” and “Amar Akbar Anthony”. He tweeted: “On his 100th Birth Anniversary.. Pran Saheb an ode to him … The sophisticated elegance of dignified presence. A demeanour of a quiet un pronounced , unmistakable marked discipline. The tenderness of a considerate colleague. Soft spoken, reserved, Urdu verse literate, and all other justifiable similar sentiments, for the gentleman called Pran. And none of the above could ever be related to the kind of roles he mostly played on screen – the negative villain ! Such was the caliber of his acting prowess! This is a distinction beyond par!”

Filmmaker Anubhav Sinha wrote: “Pran means life. But looks at the success of an actor, ever since he became a villain people stopped calling their children by this name. He would be hundred today.”

“Pran saab great actor all time .. so true even one loved him so much that no body kept his son’s name PRAN,” tweeted filmmaker Anil Sharma, recalling how his class acts as a Bollywood bad man made Pran such a menacing figure that generations of parents refrained from naming their child as Pran.

Born on February 12 1920 in erstwhile British India’s Lahore (now in Pakistan), started out in 1940 with a supporting role in the Punjabi film, “Yamla Jat”. Even as he tried out playing the hero in a few films including “Khandaan” (1942), “Pilpili Saheb” (1954) and “Halaku” (1956), he would go on to make his mark redefining Bollywood villainy through the sixties, seventies, eighties and nineties.

From the start of his career till his last appearance — in the 2007 release, “Dosh” — Pran also did some fine character roles.

In 2001, the actor became a recipient of Padma Bhushan for his contributions to the arts.

He was honoured with Dadasaheb Phalke Award in 2013, the highest award in cinema conferred by the government in India. He passed away the same year at the age of 93 of old age.  (Agency)