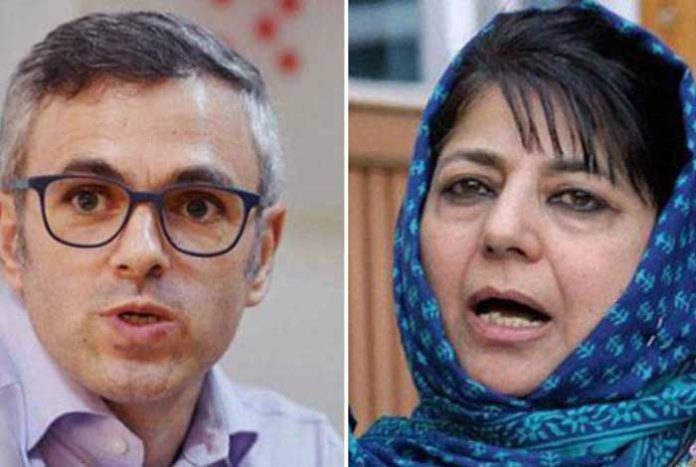 Jammu and Kashmir’s former Chief Ministers Omar Abdullah and Mehbooba Mufti on Tuesday came out strongly against the Centre’s move to lift the freeze on delimitation of Assembly seats in the state, while the BJP backed the measure to ensure proper representation to the Jammu region.

We has reported that among the many plans on the drawing board of new Union Home Minister Amit Shah is believed to be the boilerplate for fresh delimitation of constituencies and appointment of a Delimitation Commission.

At the very kernel of delimitation is redrawing the scope and size of Assembly constituencies and determine the number of seats to be reserved for Scheduled Castes.

This is, in the main to correct an inequity and anomaly of regional disparity long suffered by Jammu province, and also provide representation to all reserved categories in the state Assembly.

Reacting to the proposed move, Abdullah, the Vice President of National Conference, said his party would strongly oppose any such measure, if confined to the state.

“When delimitation takes place in the rest of the country the BJP is welcome to apply it to J&K until then we in the @JKNC_ will oppose, tooth & nail, any attempt to make changes without a mandate from the people of the state,” he said in a series of tweets.

Terming it “rather surprising” that the BJP, which talks about bringing Jammu & Kashmir at par with other states by removing the Constitution’s Articles 370 & 35-A, giving the state special status, “now wants to treat J&K differently from other states in this one respect”.

“The freeze on delimitation was applied to J&K and was done to bring the state in line with the rest of the country. The same was challenged & upheld in both the High Court of J&K & the Supreme Court,” he said.

Former Chief Minister and Peoples Democratic Party (PDP) President Mehbooba Mufti said that instead of allowing old wounds to heal, the Modi government was inflicting another “emotional partition” of Jammu and Kashmir.

“Distressed to hear about plans to redraw Assembly constituencies in J&K.

“Forced delimitation is an obvious attempt to inflict another emotional partition of the state on communal lines. Instead of allowing old wounds to heal, GoI (Government of India) is inflicting pain on Kashmiris,” she said in a tweet.

Former Deputy Chief Minister and BJP leader Kavinder Gupta, however, welcomed the move to give better representation to the Jammu region.

“Jammu region has more population and area when compared to the Valley. Delimitation was frozen by the National Conference to ensure that they have a political edge over the people of Jammu,” Gupta said.

At present the state Assembly has 87 seats — 46 in the Kashmir Valley, 37 in Jammu region and 4 in Ladakh region.

Under the state’s Constitution, 24 seats are reserved for Pakistan-administered Kashmir which, according to the state Constitution, is a part of Jammu and Kashmir.

Reports said the Jammu region was likely to get eight more Assembly seats, raising the number to 45, one less than the 46 the Kashmir Valley currently has.

The last time a delimitation exercise took place in the state was also under President’s Rule, as far back as 1995 in extremely difficult circumstances by the Justice (retired) K.K. Gupta Commission.

The Constitution provides for delimitation every 10 years. The next delimitation of Assembly constituencies should have logically taken place in 2005.

However, in 2002, the Farooq Abdullah government chose to freeze delimitation until 2026 by amending the Jammu and Kashmir Representation of the People Act 1957 and Section 47(3) of the Constitution of Jammu and Kashmir.  (Agency)