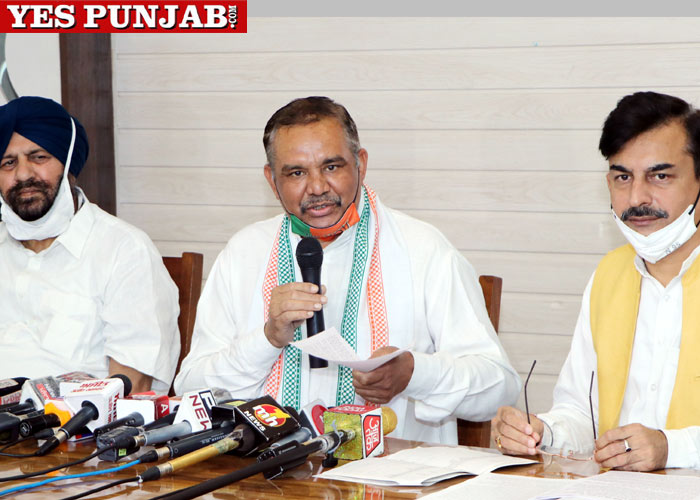 Punjab’s 82 percent of area is caught in the drug abuse net as out of the 22 districts in state, 18 figure in list of 272 districts in country that the center government has declared Most Affected Districts in terms of drug abuse and addiction.

On the occasion of “International Day Against Drug Abuse and Illicit Trafficking” observed on June 26, the Ministry for Social Justice and Empowerment has rolled out annual Nasha Mukt Bharat program by listing 272 Most Affected Districts in the country for which Rs 260 cr budgetary allocation has been made to root out drugs.

Under this program the Narcotics Control Bureau will work on putting an end to drugs, Ministry for Social Justice and Empowerment will work on creating awareness about the issue and health department will provide treatment and rehabilitation to the addict. The campaign will be implemented in respective states in consonance with the state governments.

Making a remark Sampla and Joshi said that the Congress, which has promised to end drugs within four weeks of coming to power on state, has been unable to meet its target even after three years of rule. In his election manifesto year 2017-22, on its page number 19, Captain Amarinder Singh had mentioned that Drug Addiction and Drug Peddling will be ended in four weeks. But even after more than 3 years, the claim is yet to see being turned to truth.

They added that Punjab govt was not at all serious to put an end to drugs. Had the government been serious, Chief Minister Punjab captain Amarinder Singh would have definitely carved some a mass online event for the “International Day against Drug Abuse and Illicit Trafficking” that passed by on June 26 without whimper. Previous year records also speak about his non seriousness, when Captain himself did not participate in any of the programs held in 2017, 18 and 19, even when Corona pandemic was not around.

Sampla and Joshi said it was an irony that Captain Government was regularly releasing data of its own failures. Punjab Govt’s own figures say that in last three years 554125 people for enrolled at the OOAT centers to shun drugs of which 23 percent (129504) enrolled between March 23 and June 17 i.e Corona Lock Down and curfew period.

A senior minister of Punjab Government too had said that lockdown has resulted in breaking the drug supply Chain. Which means they have accepted their failure to break supply chain in the last 3 years. The success in disrupting drug supply lines in the last 3 months is largely because of the lockdown and other factors and not because of the efforts of the government, Punjab police or the STF.