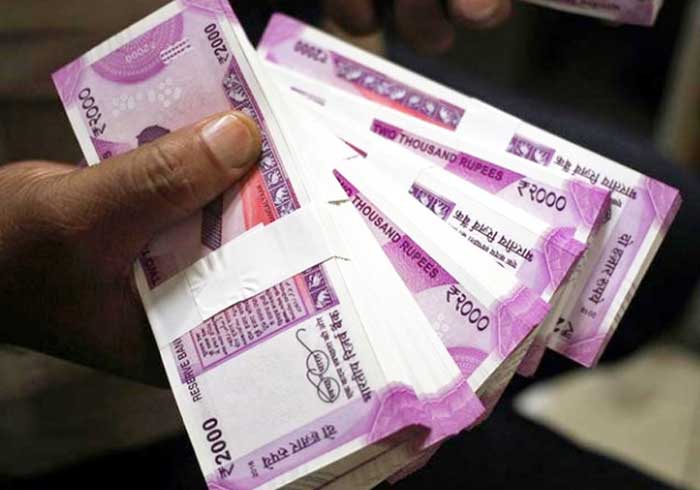 The notes in circulation (NIC) in the economy have increased to Rs 22,420 billion in November 2019, as compared to Rs 17,741 billion on November 4, 2016, just before Prime Minister Narendra Modi announced the demonetisation measure, according to latest data.

While this implies an increase in notes even after demonetisaion, Minister of State for Finance Anurag Thakur, however, said in a reply in Parliament on Monday that demonetisaion and digital cash initiatives succeeded in reducing the notes in circulation by as much as Rs 2,934.80 billion rupees.

The logic for this given by the government is that NIC had grown at an average growth rate of 14.51 per cent year-on-year from October 2014 till October 2016.

At this rate, the NIC would have increased to Rs 25,354.93 billion as on November 25, 2019. As the actual NIC on the said date is only Rs 22,420 billion, demonetisation followed by digitalisation and reduction of cash use in the informal economy has succeeded in reducing NIC by as much as Rs 2,934.80 billion.

Thakur said that the government decided to cancel the legal tender status of Rs 1,000 and Rs 500 notes on November 8, 2016, with several objectives, including flushing out black money, eliminate fake Indian currency notes, to strike at the root of terror financing and left wing extremism, to convert the non-formal economy to a formal one with a view to expand the tax base and employment and to give a big boost to digitalisation of payments to make India a less cash economy.

Thakur also claimed that demonetisation resulted in curbing of the counterfeit currency.

Demonetisation also resulted in significant impact in most theatres of violence in the country. Since illegally held cash forms the major chunk of terrorist funding, after demonetisation, most of the cash held with the terrorists turned worthless.

In addition, during November 2016 to March 2017, the Income Tax Department conducted search and seizure operations leading to seizure of Rs 900 crore.

To further substantiate the benefits of demonetisation, the government said there has been an increase in employment. It quoted the Statistics Ministry’s Annual Survey of Industries for the fiscal ending March 2018 which shows an increase in the jobs in the organized manufacturing sector.

The government has also alluded to the significant increase in the use of digital payments in the country since demonetization. In fiscal 2016-17, the total number of digital transactions were 1,023 crore, which increased to 2,070 crore in the next year with a jump of 104 per cent and to 3,133 crore in 2018-19, recording a jump of 51.35 per cent.  (Agency)