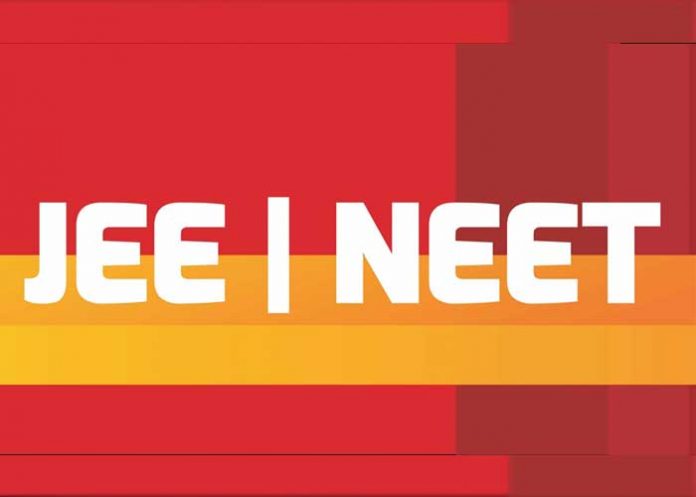 Experts in the education sector have differing opinions about conducting exams such as the NEET and JEE in the midst of a pandemic. However, according to Anil Swarup, former Secretary in the Union Ministry of Education, not taking the exams is not an option. Examinations should be held keeping in mind the future of the students.

Although the coronavirus pandemic is raging throughout the world, the government has announced that it is proceeding with the “physical” examinations as before, which has resulted in protests from several states and people.

According to Anil Swarup, “Not taking the JEE, NEET exams is obviously not an option. Can the government consider postponing the entrance exams further, which will disrupt the entire academic session. In such a situation, the examinations have to be conducted.”

Many experts and students organisations say why is the government not conducting virtual exams. This is being done for college admissions in countries such as the United States.

To this Anil Swarup said, “This could have been a viable option. However, it requires a huge set of questions that may not be readily available now. If the preparation had started a few months ago, maybe some data banks would have been ready. However, question banks alone will not solve the problem. Some reliable centres would be required where such tests could be conducted. Given the importance of the high-profile entrance examinations, identifying such centres in a short period of time will be a difficult task.”

He added: “Corona has presented a major challenge. It can be used as an opportunity to revisit from the perspective of JEE and NEET. From next year, why don’t we think in terms of entrance exams like SAT which will reduce the role of coaching institutes as well.”

The National Testing Agency (NTA) has also said it is mandatory to conduct competitive examinations like the JEE and NEET. According to the NTA, to save an academic calendar year it is necessary to conduct entrance examinations. If it is assumed to be a zero academic year, how will our system be able to accommodate two-year candidates in a single session.  (Agency)