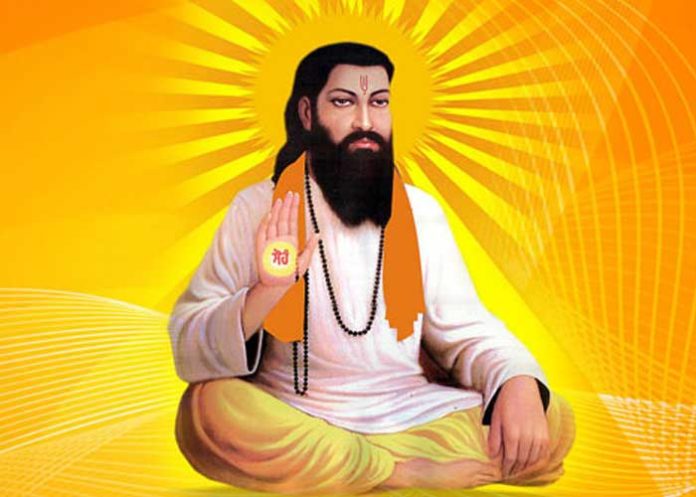 The ongoing protest and demonstrations related to demolition of Guru Ravidas Temple in the protected land of Tughlaqabad forest area has got a new twist with a petition being filed in the Supreme Court seeking construction of the temple in the forest area.

It was the Supreme Court order which had led to demolition of Guru Ravidas Temple.

On August 9, the Supreme Court directed Delhi Development Authority (DDA) to demolish the structure. Acting on the top court’s instruction, DDA demolished the temple on August 10.

The top court also warned that if any one continued to politicise the temple’s demolition and kept holding demonstrations, then it could begin contempt proceedings against them.

The apex court also said not to give any political colour to its order directing the demolition, making the legal battle tougher for the followers of Guru Ravidas Temple.

However, a public outcry might still pave way for a possibility to construct the temple in the forest.

This too, however, has met with a roadblock with the Delhi Development Authority (DDA) that reports to the Centre firmly standing its ground with arguments that the land belongs to government and unauthorised construction in the forest land would not be allowed.

The issue related to Guru Ravidas Temple had first reached the trial court when demolition programme was undertaken by the DDA on November 5, 1992 with respect to the unauthorized construction.

Guru Ravi Das Jayanti Samaroh Samiti has argued that possession of the land is said to be in the revenue records from 1959.

The samiti said that they they built a Guru Ravidas Mandir, Ashram and Samadhi of Roopa Nand and other Saints as also four rooms as part of Dharamshala.

The society has built a school in the name of Guru Ravidas.

The samiti said that in terms of the Delhi Land Reforms Act, the land was formally transferred to the Central Government, but the same was only a book entry.

When the possession of the land was taken by the Central Government, a barbed wire fencing was constructed around the suit land and separate area was provided to access the property and the structures therein.

DDA has maintained that the land was acquired under the Land Acquisition Act 1894.

DDA pleaded that the samiti had time and again sought to encroach upon the government land but such action was thwarted.

A demolition programme was undertaken by the DDA on November 05 1992 with respect to the unauthorized construction.

DDA said that there was no entry in the revenue record showing the Samiti as the owner and same was observed by the Delhi High Court in its order that society has not filed and proved on record any document whatsoever that Roopa Nand or the society was ever the owner of the suit land.

But the plea filed by Ashok Tanwar, President of the Haryana Pradesh Congress Committee and a former MP, and former Haryana Minister Pradeep Jain Aditya seeking to allow construction of Temple has cited some arguments which were never raised before.

In the plea, they sought enforcement of the Right to Worship which they argued had been denied to them due to the razing of the Ravidas temple.

They claimed that the land for the shrine was given by Sultan Sikander Lodhi to Guru Ravidas in 1509.

Citing many modifications and newer constructions were done at this site, ASI did not consider the temple as protected monuments.

The leader said that majority of this new construction happened in late 1940s and early 1950s, and a bigger temple was constructed.

The newer and bigger temple was inaugurated by then Union Railways Minister Babu Jagjivan Ram in 1959.

The area in which the temple and the site was present was subsequently declared a protected forest by the government in 1980.

However, the prayer and other religious activities went out without any hindrance.  (Agency)