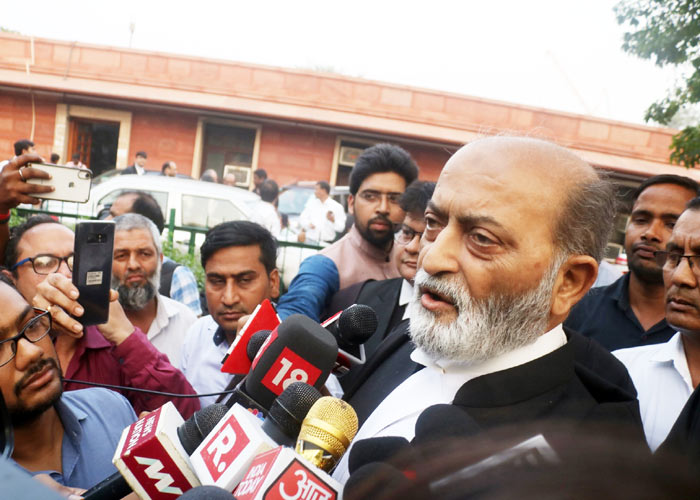 Sunni Waqf Board lawyer Zafaryab Jilani on Saturday said they are not satisfied with the Supreme Court verdict and will file a review petition, after the Supreme Court ruled to give the disputed land in Ayodhya to the Hindus for a temple and five acres of alternate land to the Muslims for a mosque.

“We respect the judgement but we are not satisfied. The judgement is not as per our expectations,” he said. “After today’s order, it looks we will file a review petition. But a final decision will be taken only after consultation with our legal team,” he added

“Today’s observation by the Chief Justice of India will go a long way in the nation’s welfare,” Jilani further said.

However Rajiv Dhawan, the other lawyer who represented the Muslims or the Sunni Waqf Board, evaded a reply.

The five-judge Supreme Court bench ordered that the disputed Ayodhya land must be given to Hindus for a temple, to be built at the site by a trust formed under the control of the Central government. The government has to formulate a scheme on it within three months.  (Agency)